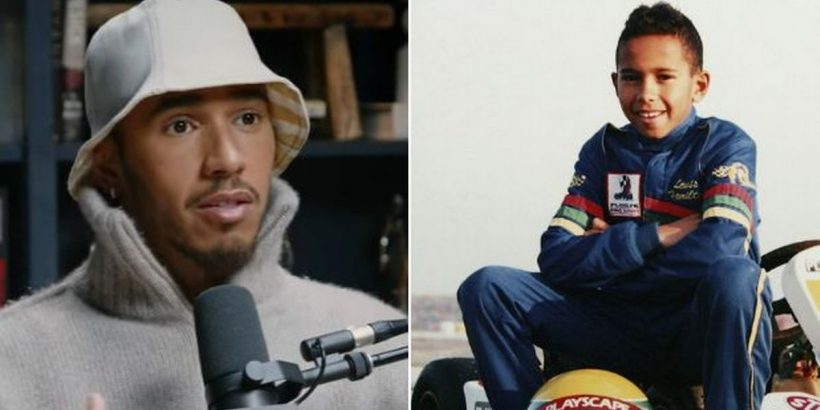 Lewis Hamilton has recalled a vicious putdown he received from the parent of a racing rival when he was just eight years old.

Coming from a working-class family in Stevenage, Hamilton had to do things the hard way as he looked to move up the racing ladder as a youngster. He owes much to his father Anthony, who worked multiple jobs to help fund his son’s early racing career.

Hamilton, still F1’s only ever black driver, had to put up with racism, both at school and at the track. He also had to contend with doubters, who insisted he would never make it in the sport.

READ MORE: Lewis Hamilton ‘spoke less’ and ‘bumped heads’ with dad after sacking him as manager

One adult even told a young Hamilton, to his face, that he didn’t have what it takes and should give up the sport.

Talking to the On Purpose podcast with Jay Shetty, he reflected: “When I was younger, there was other parents of other racing drivers I was racing against… I remember this one guy, and he's like, ‘You just don't have it, you should just give up’.

“I would imagine [the reason he did it was] because I was beating his kid.”

Can Lewis Hamilton win an eighth F1 title? Tell us in the comments section below

Hamilton received similar negativity from many of his teachers at school.

He said: “It's the same with teachers, you know? [They would say] 'What is this c***? You know, you're terrible at this, you'll never go to the next set. You're never going to amount to anything? Why are you even here?’ I had a teacher told me that and it broke me down so much.”

Hamilton struggled academically only to discover at the age of 17 that he was dyslexic.