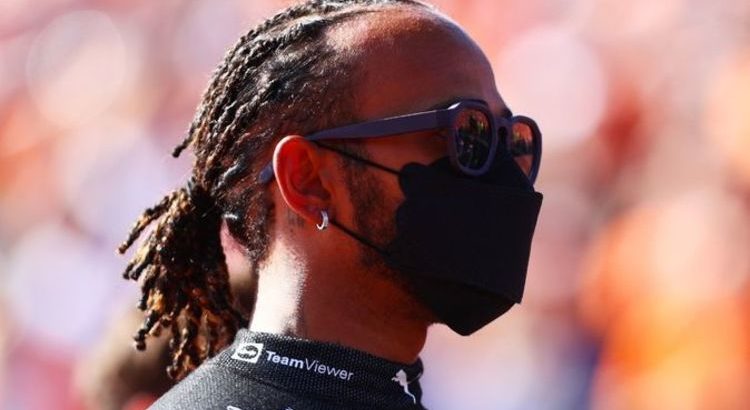 Lewis Hamilton says he can’t put any expectations on George Russell ahead of their 2022 Mercedes partnership because he’s never raced against the 23-year-old in his career.

After months of rumours and speculation, it was finally announced ahead of the Italian Grand Prix that Russell will replace Valtteri Bottas at the seven-time world champions, with the 31-year-old stepping down to take the place of Kimi Raikkonen at Alfa Romeo.

Bottas has yet to beat Hamilton over a single season but has won nine races and contributed to four constructors’ titles at his stay with the British Based German team, however, Hamilton has hailed the Finn as his “best team-mate I’ve had the pleasure of working with.”

Hamilton had a turbulent relationship with his only other team-mate at Mercedes, Nico Rosberg, who did manage to beat the seven-time world champion to the title in 2016, albeit after tension on and off-track for the Mercedes duo.

But, speaking ahead of the Italian Grand Prix, Hamilton refused to pile any extra pressure on Russell ahead of his move from Williams but admits he doesn’t know what to expect from the 23-year-old as a team-mate.

“I don’t know what to expect from George, I definitely don’t put expectations on him,” stated the seven-time world champion.

“[He] is good, he is incredibly talented and he’s shown great speed, so I can’t indefinitely say that he’s going to be faster than Valtteri or slower than him, I’ve not raced against him.

“I’m sure he’s going to be very fast and as I said in the thing that I posted [on social media] I’m looking forward to seeing his growth and the speed that he brings and what he contributes to the team.”

Hamilton also explained how he had little to do with the decision between Russell and Bottas, but did share a conversation he had with Mercedes boss Toto Wolff, adding that the Austrian was keen to hear his thoughts on both drivers.

“Not really much input, to be honest, I mean Toto and I talk,” added Hamilton. “We’re very much teammates, we discuss everything.

“We work together as a team in terms of how we navigate moving forwards.

“He asked me what I thought of George and naturally gave positive feedback, he asked me how I felt about Valtteri, and I said the same.

“But at the end of the day it’s his decision is his and the board’s decision, and I think he’s seen how positive it’s been, Valtteri has been incredibly gracious in the decision that was made and, and he’s got a great, bright future and the new team he’s moving to and then it’s been really positive for, I guess in the media and with everyone with George’s announcement joining the team.

“It’s pretty cool if you look at the crazy image of George and me when I was a youngster, I was basically almost his age now I think when I just got to Formula One, and him dreaming of being there and I think this is a great platform to show to all those kids out there that that to continue to chase your dreams and George is living proof of that.”