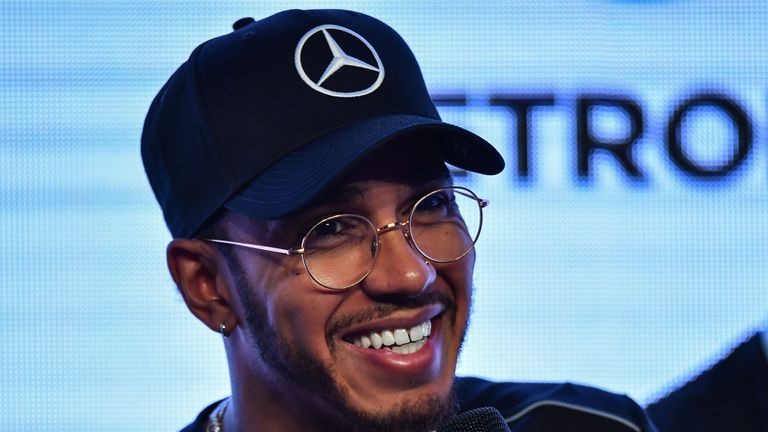 Lewis Hamilton says he welcomes the challenge set to be posed by F1’s rising stars in future seasons and has promised he can match their youthful “hunger”.

Hamilton turns 34 in January and will be the second oldest driver on the 2019 grid after Kimi Raikkonen, although has underlined his status as F1’s pre-eminent star with his fifth world championship title this year.

But while Mercedes are retaining the experienced and proven pairing of Hamilton and Valtteri Bottas, 29, for next year, their two key rivals are adding youth to their line-ups.

The 21-year-old Charles Leclerc is replacing Raikkonen at Ferrari, while the 22-year-old Pierre Gasly steps in to the 29-year-old Daniel Ricciardo’s seat at Red Bull to partner Max Verstappen, who only recently turned 21.

Hamilton was himself the young rising star of the sport when he began his career aged 22 in 2007 and says he sees some of himself at that age in the new crop of drivers.

“I welcome the competition, naturally,” said the Mercedes driver at a Petronas event ahead of this weekend’s Brazilian GP.

“I do see a little bit of myself within them, being at their age I had the same kind of ‘eye of the tiger’, I would say, I guess.

“But I guess now it is a little bit different for me being that I am one of the older drivers.

“But I feel like I still have that hunger that I guess that they are coming in with. But backed with experience which – I don’t know how you guys feel in your job – but in my job experience – and I am pretty sure it is the same in yours – there is no substitute for that.

“So I hope that speaks mountains next year.”

But Hamilton is still thinking about targets this year too.

Nearly two weeks on from clinching his historic fifth world championship, the Englishman has arrived in Sao Paulo for 2018’s penultimate round insisting he wants to get back to race-winning ways to help Mercedes close out the Constructors’ Championship.

Hamilton has only won once at Interlagos in 11 attempts and admits it has “as almost been like the Achilles’ heel part of the season”.

“The last two races have been kind of not great for us,” he said. “So the idea is to turn it around.”