Lewis Hamilton will start the Tuscan Grand Prix on pole position after he benefitted from a yellow flag which stopped Mercedes team-mate Valtteri Bottas from potentially stealing his place on the grid.

Bottas had the better pace throughout all three practice sessions and was also the quickest in Q1.

But Hamilton, who leading his team-mate by 47 points in the Drivers’ Championship, set the quickest lap when it mattered the most.

It could have been different for Bottas had Esteban Ocon not pulled his Renault over to the side of the track while the Finn was on an out lap.

A yellow flag was waved and Bottas had to settle for second place on the grid.

“It has been a really really tough weekend, this track is phenomenal,” Hamilton said. 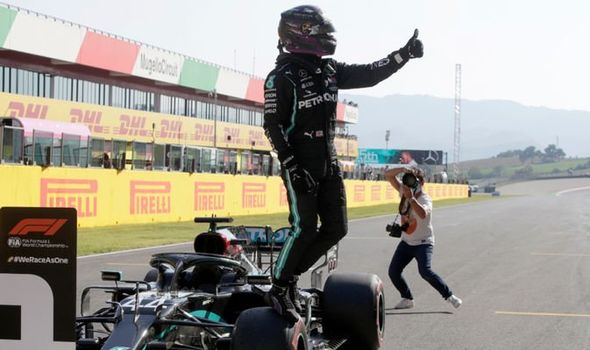 “It’s a really challenging circuit. Valtteri was quicker than me all day yesterday and even this morning and even in Q1.

“I have been working so hard in the background to improve on my lines and my set-up.

“The engineers did such a great job and I finally got the lap that I needed. At the end there I think the wind picked up and I wasn’t able to go any quicker.”

Bottas feels he will have the speed to fight Hamilton when the Mercedes pair start on the front row tomorrow.

But the 31-year-old firmly believes he would have secured pole position had Ocon not stopped his car.

“Definitely,” Bottas said when asked if the yellow flag stopped him getting pole.

“I still had more time in there. Run one was OK, but not perfect. I was looking forward to the last lap but I didn’t get the opportunity.

“It’s disappointing because the speed has been good all weekend.” 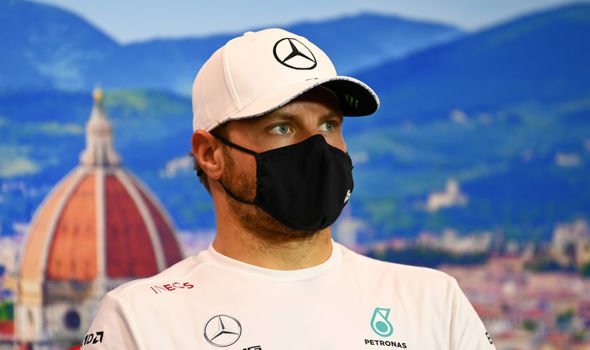 Red Bull’s Max Verstapen secured third place on the grid as he finished 0.3seconds behind Hamilton – the closest he has got to pole all season.

“I personally never expected to fight them,” he says.

“I think overall this weekend has been really promising, we have bounced back well from Monza. To be third in qualifying, we can be very happy with that.”