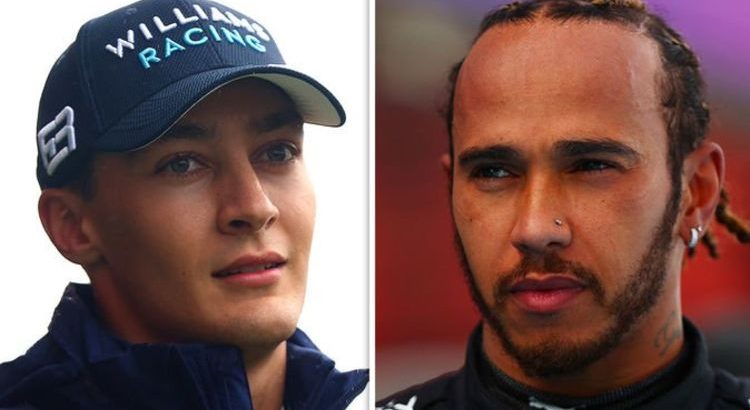 Russell has been announced as a Mercedes driver for 2022 as his stunning efforts in the Williams car this year are rewarded. The Briton will join Hamilton, while the seven time world champion’s former teammate Valtteri Bottas heads to Alfa Romeo after a difficult 2021 season so far. Commenting on his transfer, Russell said: “It’s a special day for me personally and professionally. I’d be lying if I said I wasn’t absolutely buzzing. It’s a huge opportunity and one I want to grab with both hands.

“But I’m under no illusions as to the scale of the challenge; it’s going to be a steep learning curve. I want to do my new team-mates proud. Of course, one of those new team-mates is in my opinion the greatest driver of all time.

“I’ve looked up to Lewis since I was in go-karts and the opportunity to learn from someone who has become a role model both on and off track can only benefit me as a driver, a professional, and a human being.”

The 23-year-old has built a reputation for his qualifying pace, but he has also shown a competitive streak which could lead to tension with Hamilton, according to David Coulthard.

Speaking in July, Coulthard outlined Russel’s feisty side, citing the Williams driver’s incident with Bottas in Imola in the second race of the season, when he appeared to swipe the Finn across the helmet after they crashed.

Coulthard said: “We saw George’s hunger and racing spirit when he came together with Valtteri in Imola. He probably overreacted there, which is just an opinion.

“But what we did see was his passion behind the wheel and that’s the sort of passion he’s going to need to beat Lewis.

“He’s not going to beat Lewis with pure speed, Lewis is one of if not the fastest drivers of the last decade, George I believe has the talent to match that speed.

“So, where’s he going to beat Lewis? He’s going to beat him with that passion, that hunger, that ‘you might be Lewis Hamilton but when we go on track, I don’t care who you are’.

“Which is exactly what Max Verstappen delivers when he’s in the race car.”

Hamilton’s rivalry with Verstappen has escalated this season as the fight for the Drivers’ Championship remains incredibly close.

At Silverstone in July, this boiled over into a war of words when Hamilton collided with Verstappen, sending the Dutchman into the wall before going on to win the race.

Following the race, the Red Bull man accused his Mercedes counterpart of being “disrespectful’ with his celebrations post-race.

He added: “[It is] disrespectful if one guy is in the hospital and the other one is waving the flag around like nothing has happened while you push the guy into the wall with 51G.

“Not only that, just the whole reaction of the team besides that. That’s not how you celebrate a win, especially a win how they got it.

“That’s what I found really disrespectful and in a way it shows how they really are, it comes out after a pressure situation. But I wouldn’t want to be seen like that.”

Hamilton will be hoping his contest with Russell at Mercedes doesn’t reach this stage, and the relationship between the two British drivers seems cordial for now.

The world champion welcomed his new teammate today, tweeting: “I want to take a moment to welcome @GeorgeRussell63 to the team. Through hard work he has rightly earned his spot.

“I look forward to seeing him grow as a driver with this great team and working with him to raise @MercedesAMGF1 higher. See you next year.”