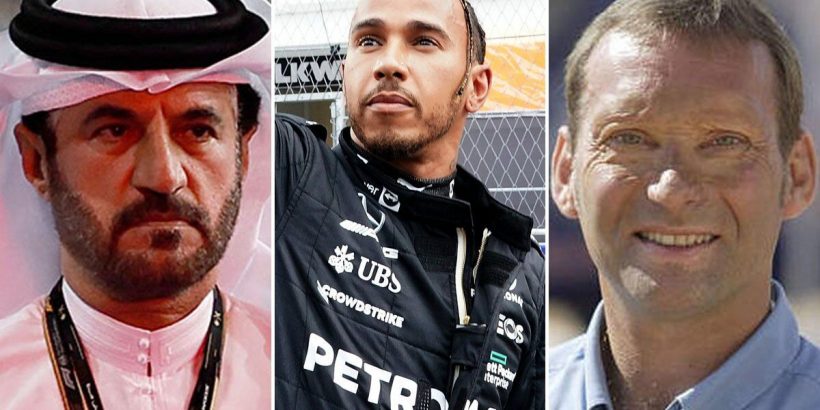 The FIA’s tightening of its jewellery restrictions has become something of a culture war in Formula 1, despite lawmakers insisting health and safety is their sole priority. Nevertheless, one former driver has suggested it would be “totally ridiculous” for Lewis Hamilton and the rest of the grid to not follow the letter of the law.

That’s according to former driver and motorsport executive Kris Nissen, who suffered burns to more than a third of his body and spent two weeks in a coma following a crash in 1988. The Dane was driving a Porsche 962 in Fuji, Japan, when he crashed and was trapped in the ensuing fire, insisting his “life was saved by [fellow driver] Paolo Barilla.”

Nissen recalled how he had worn the “correct helmet, correct gloves, correct FIA shoes,” but he failed to wear the fireproof underwear the FIA is now trying to promote. Moreover, the 61-year-old—who won Germany’s Formula 3 championship one year prior to his crash in Japan—believes it was his mistake to wear anything metal inside the cockpit.

“On my left hand I had a plastic watch and under the watch, there are no burns,” Nissen told RaceFans. “On my right hand I was wearing, I still have it, a gold [bracelet]. And this one was heated by the fire or by the heat. It made an additional burn in my right [wrist].

“What I can tell you 100% is if you want the absolutely best safety you should not wear any metal at all, in my opinion. Metal should absolutely not be worn. I think other things will not really do any harm but it’s not necessary.”

Former rally star Mohammed bin Sulayem was appoinetd FIA president in December and opted to enforce F1’s longstanding ban on jewellery more heavily as one of his first acts. It was also since he came into power that the FIA has stressed drivers must wear approved fireproof underwear, against which Sebastian Vettel recently protested in Miami.

“It is totally ridiculous not to follow these rules,” added Nissen. “It is totally ridiculous not to do as much as you can for your own safety. Even with the FIA-approved underwear and gloves and shoes it’s a question of how long you are sitting [in a fire]. If you look at Romain Grosjean which was a very heavy accident [at the 2020 Bahrain Grand Prix], we’ve all seen it and he managed to come out on his own quite fast, luckily, and that’s good. But still he got some small burns on his hands. And he was wearing everything correctly.”

Mercedes star Hamilton, 37, has raised resistance against the FIA clamping down on its no-jewellery policy, with some suggesting F1 lawmakers even have a personal vendetta against the Briton. It’s even been speculated Hamilton faces being banned from future races unless he complies with the stricter laws.

The seven-time world champion has been granted a two-race exemption to remove certain piercings, which he has said cannot be removed easily. It’s understood fines and even points penalties will be forthcoming should he fail to comply after that, with rumours of suspensions also swirling.