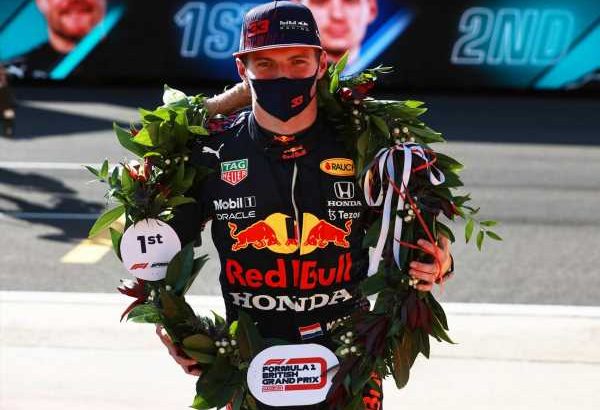 The seven-time world champion started from first but was desperately slow off his mark, allowing his championship rival to cruise past him before the opening Abbey bend.

Verstappen then kept his cool to keep Hamilton at arm’s length for the remainder of the 17-lap dash to the flag to increase his championship lead over Hamilton from 32 to 33 points and take pole position for Sunday’s British Grand Prix.

Valtteri Bottas finished third in the other Mercedes ahead of Ferrari’s Charles Leclerc and British driver Lando Norris in his McLaren.

“Around here it is difficult to pass but I made a good start and had a good fight with Lewis on the first lap,” said Verstappen. “We pushed each other hard and we had to manage the tyres to the end.

“I am happy to get the three points and it is funny to hear I am on pole but I will take it and I am looking forward to tomorrow’s race.”

More than 100,000 spectators were at a sun-soaked Silverstone for the historic race, but the home fans were left stunned after the opening metres when Hamilton was gazumped by his Red Bull rival.

Verstappen took the lead and then set about defending his position. Hamilton sensed an opportunity when the Red Bull driver tripped over the gravel on the exit of Luffield on the opening lap.

The Mercedes man moved into Verstappen’s slipstream before jinking to his left, racing wheel-to-wheel at 180mph to the roar of the British spectators.

But Verstappen smartly held the inside line and Hamilton was left with no option but to back out of the move.

At the end of the opening lap, Verstappen crossed the line more than a second clear of Hamilton. Soon the Dutchman had doubled the gap with Hamilton running out of laps to catch, and pass, his man.

“I am giving everything. Have we got any more power?” he yelled over the radio, with half-a-dozen laps remaining. “Stand by, Lewis, we are looking into that,” his race engineer, Peter Bonnington replied. 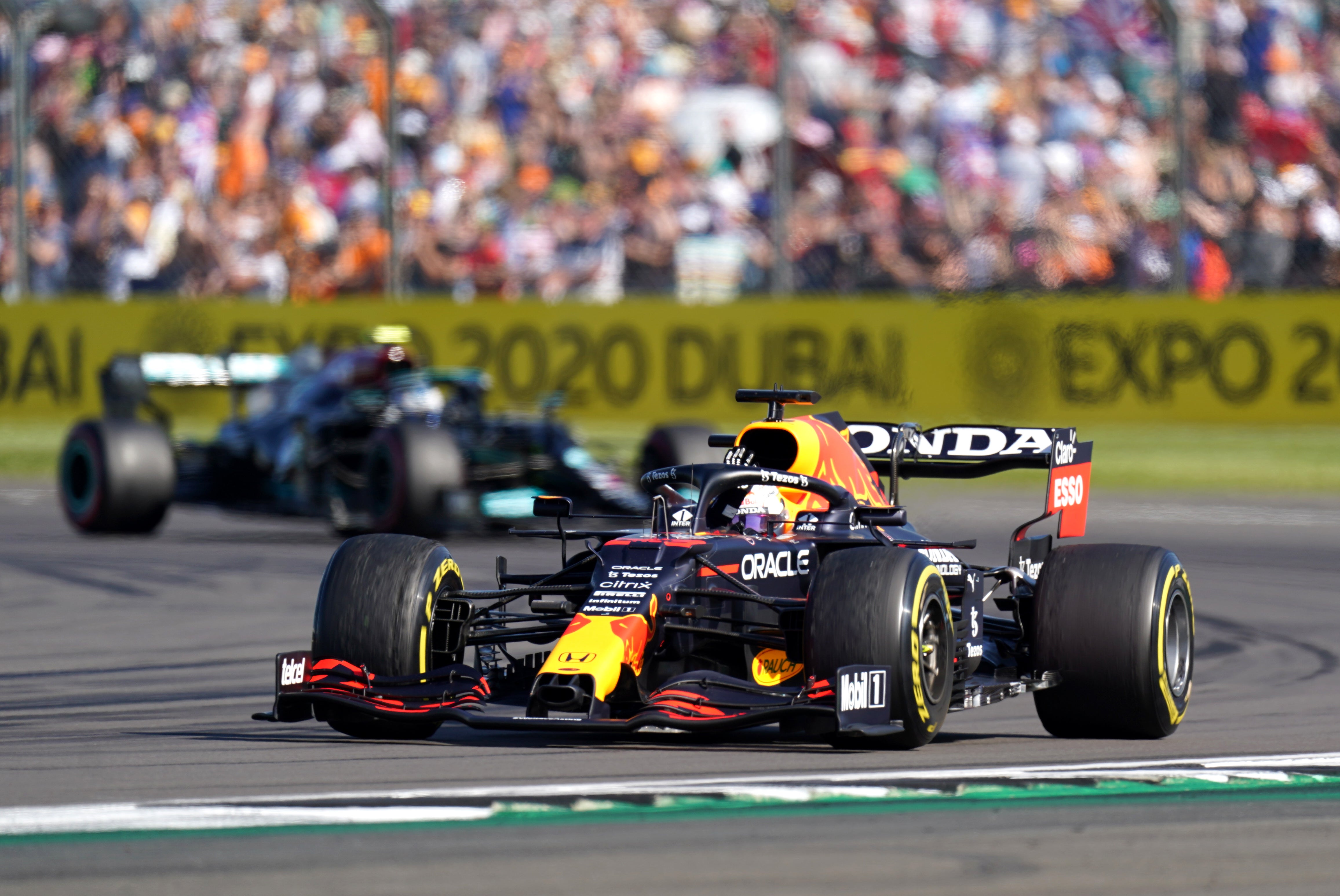 But as the lap clock ticked by, Hamilton could make no impression on the Red Bull driver; Verstappen crossed the line 1.2 seconds clear to deal another blow to the Briton’s hopes of a record-breaking eighth world title.

Hamilton added: “I gave it everything today. I am sorry I am not able to get the win but tomorrow we go again. I hit the target on my start but it’s not good when you lose from first but we will try to turn it into a positive tomorrow.

“Every point counts but I am grateful to finish. Max was pulling away and there was nothing I could do to hang on to him. I wish we could redo the start.”

Fernando Alonso jumped from 11th to fifth on the opening lap but was passed by both Norris and Daniel Ricciardo, taking the flag in seventh, while George Russell started eighth and finished ninth.

Sergio Perez lost control of his Red Bull on the exit of Chapel and almost ended up in the barriers. But the Mexican just about managed to keep his car in one piece before returning to the track.

He was running in 18th but was told to retire his car on the final lap. Perez will start from the back on Sunday, providing Mercedes with something of a boost.