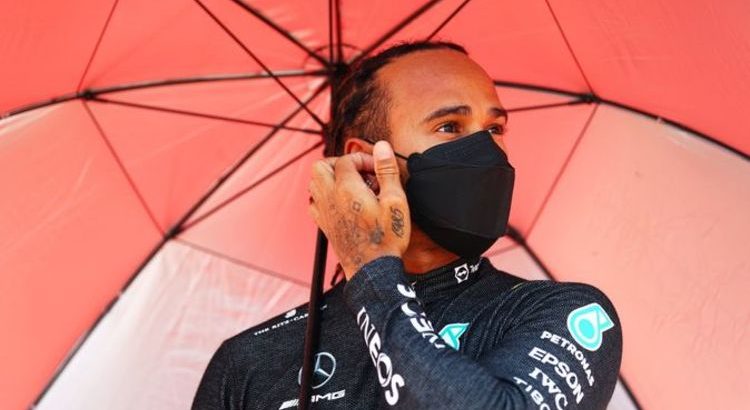 Lewis Hamilton gave an “unusual” response upon learning of his 10-second penalty for causing Max Verstappen’s crash at the British Grand Prix, according to Karun Chandhok. Hamilton and Verstappen were locked in a tense wheel-to-wheel battle as soon as the lights went out for the race at Silverstone.

Hamilton eventually attempted to make a move at Copse, moving to the inside as Verstappen gave him room.

But the seven-time world champion then made contact with Verstappens’ rear-right tyre, causing the Red Bull driver to spin out into the gravel and smash into the tyre wall.

The race was soon red flagged while marshalls collected Verstappen’s car, with the Dutchman able to walk away from the crash.

Mercedes and Red Bull were then arguing their case to Michael Masi on team radio while the race was suspended.

Christian Horner made it clear that he wanted Hamilton to be given a penalty while Toto Wolff insisted there were images that proved it was a racing incident.

The FIA eventually decided to hand Hamilton a 10-second penalty as the race got back underway.

And Chandhuk noted that Hamilton gave an unusually calm response to the news of his penalty.

“It’s been really interesting listening to the radio,” he said on Sky Sports.

“Pete Bonnington telling Hamilton about his penalty but no real reaction from Lewis.

“There wasn’t any of the argument back saying that was unfair, none of it.

“Just silence and quite unusual I thought.

“It’s almost like he was expecting it to happen.”