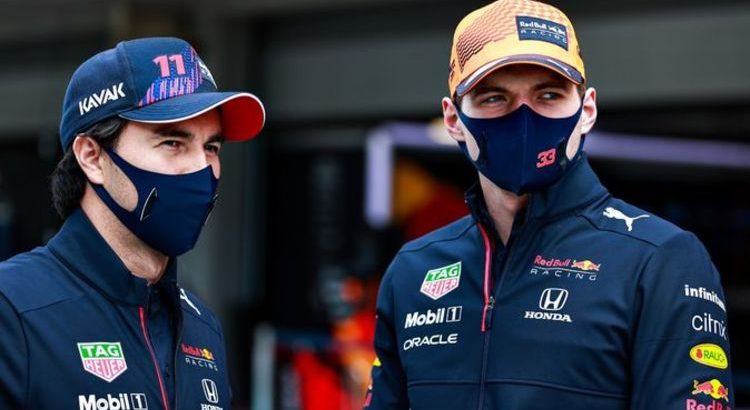 Max Verstappen has challenged Sergio Perez to step up and help Red Bull in the battle with Mercedes at the front of the grid. Red Bull switched out Alex Albon for Perez this season in the hope the Mexican would compete further up the grid.

Perez has impressed throughout his career for the midfield teams, often proving to be the best of the rest.

But he’s struggled so far to keep up with Verstappen in both qualifying and races.

He finished a disappointing 11th at the Emilia Romagna Grand Prix and could only manage fifth at the Spanish Grand Prix this weekend.

Verstappen was once again on the front row of the grid challenging Lewis Hamilton for the win with Valtteri Bottas in close proximity.

JUST IN: Lewis Hamilton described as ‘an annoying customer to have’ in garage 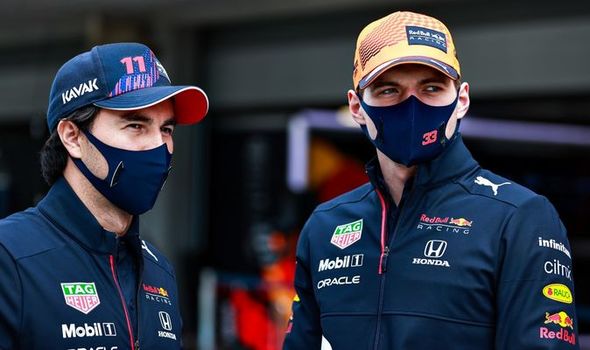 The Dutchman has often had to try and battle both Mercedes drivers, which works against him sometimes with the Silver Arrows able to use different strategies to keep Verstappen guessing.

That proved the case on Sunday in Barcelona as Hamilton caught Verstappen by surprise with his two-stop pit strategy which ultimately saw him take the chequered flag.

Perez himself has admitted he’s still not 100 per cent comfortable in the Red Bull since joining the team.

But Verstappen wants the 31-year-old to find his feet sooner rather than later to help the team in their fight with Mercedes.

“They can easily make a second stop because there’s a gap behind them. Of course, that doesn’t help either.

”Then at least they can’t make that second stop and then it’s just towards the end who has the best tyres left. It’s like that though.”

Verstappen pipped Hamilton into the first corner, but was unable to build a gap to his title rival.

The seven-time world champion kept within touching distance for most of the race and always looked to have the faster car. 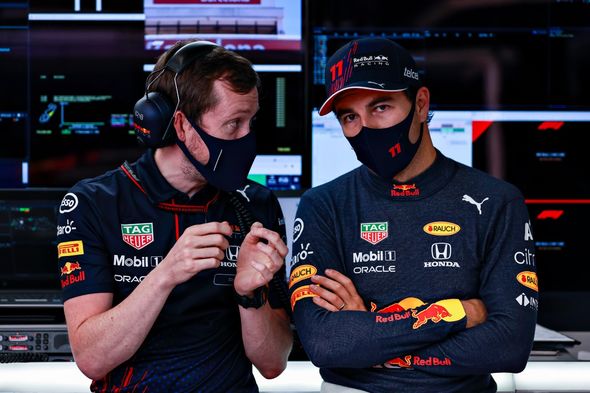 And Verstappen admits there was little he could have done in matching Hamilton’s speed in Spain.

He continued: “The start was fine. Everything went well. Of course, the last one to brake is the first out of the corner.

“I went for it, because I knew it would be difficult otherwise. I did everything I could to stay ahead, but we were just too slow today’.”

”It was a calculated risk [going into the first corner].

”I go harder into that corner, and then at a certain point you have to give up if you are on the outside.

“After that I tried to drive the race as best I could, but we were just slower and our tyres wear out more.”