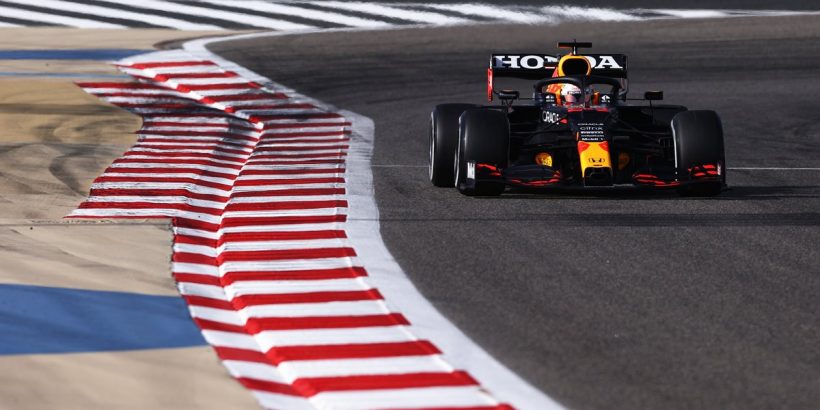 Max Verstappen had the final say in practice for the season-opening Bahrain Grand Prix. The Dutchman finished more than seven tenths of a second clear of Lewis Hamilton to lay down an ominous marker ahead of qualifying later on Saturday.

Verstappen will head into the battle for pole having finished fastest in all three runnings at the inaugural round of the new Formula One season.

Hamilton is this year bidding to win an eighth world championship, but Red Bull have raced out of the blocks with Verstappen building on the team’s strong pre-season campaign. Indeed, Hamilton was the only driver to finish within one second of Verstappen in the searing 37 degree heat, with AlphaTauri’s Pierre Gasly third and Valtteri Bottas fourth.

It will be much cooler when qualifying takes place on Saturday evening, with strong winds also anticipated to have an impact on the action.

Lando Norris was second here on Friday, but the British driver finished only 16th of the 20 runners in his McLaren. Ahead of Norris was Sebastian Vettel in 14th and Fernando Alonso in 15th for Aston Martin and Alpine respectively.