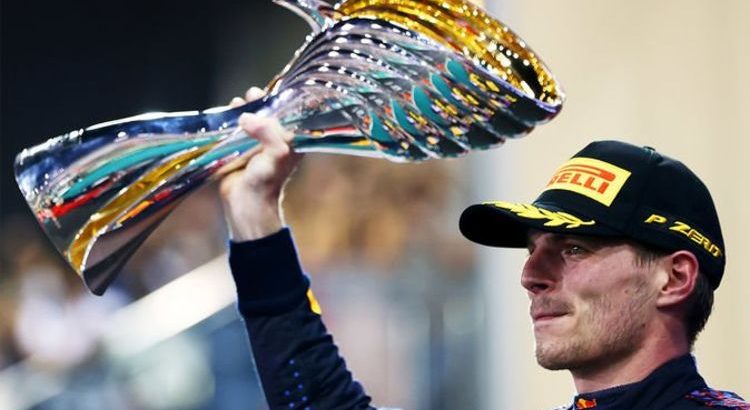 Former Formula 1 world champion Alain Prost has said it is “50-50” whether Lewis Hamilton will return to Formula 1 after his heartbreak in Abu Dhabi. After a controversial decision from former race director Michael Masi to allow lapped cars to pass the safety car, Max Verstappen passed Hamilton on the final lap to seal his first championship. On Hamilton’s future, Prost said “It’s difficult to put yourself in his place. He surely has as many reasons to stop as to continue. It’s 50-50. “He took a hell of a blow to the head, but it would be really sad if he wasn’t here this season.”

There have been reports that Hamilton and Mercedes have yet to receive assurances from the FIA that there will be changes to how race rules are enforced from next season, following team boss Toto Wolff’s criticism of race director Masi at the Yas Marina Circuit.

In withdrawing their appeal of the race result, Mercedes confirmed they would “actively work” with the FIA to “build a better Formula One” but there have been reports that Hamilton is now considering taking a sabbatical, with just over two months ahead of the start of the 2022 campaign.

The conclusion to the 2021 season has left many disappointed, and this includes Labour Peer Lord Peter Hain.

The vice-chairman of the All-Party Parliamentary Group on Formula 1 has said the win for Verstappen has left “an unpleasant taste” in the mouth of even the Dutchman’s biggest fans.

Lord Hain also hit out at what he saw as a “rigged outcome”, designed to create drama rather than a fair race.

He said: “As a lifelong Formula 1 fan, I thought it was a perverted outcome.

“The finish was effectively rigged by the stewards in order to produce to a dramatic finale for the theatre rather than a racing outcome.

“I think it has left a sour taste unless you are a die hard Verstappen fan, but even many of them have admitted that it has left an unpleasant taste in their mouth.

“Ok, the rules are very complex for the average fan, but at least there is a consistency there. This was clearly contrived and manufactured to allow that kind of finish.

“I thought Lewis behaved with enormous dignity afterwards, going to the Red Bull pits to congratulate them, but he must feel absolutely gutted and that the rules are rigged against him.”

He also said that the FIA needs to have a “heart to heart” with itself as Formula 1’s reputation has been “tarnished”.

Lord Hain added: “The FIA needs to look itself in the heart. The FIA is the regulatory body, it can’t afford to have Formula 1 tarnished in this way.

“The FIA needs to have a heart to heart about all this and make sure it isn’t repeated.”

Last month, the FIA announced they will undertake an investigation into what happened in Abu Dhabi.

Sky Sports’ Craig Slater has warned that the longer this investigation takes, the more likely it is Hamilton won’t return for the 2022 season.

He said: “Right now, I can tell you it is still unclear, 69 days to go to the first Grand Prix in Bahrain.

“I have heard from senior sources close to Lewis Hamilton that, whether or not he will be on the grid for the first race of the season, is still unclear at this point.

“Remember, on the night in Abu Dhabi at the end of that grand finale to the season, he stood on the podium alongside Max Verstappen.

“He congratulated Verstappen, he behaved with great dignity. He left quietly at the end of the day without speaking to reporters; the only interview he gave was the Jenson Button [one], where he said in terms of next year, ‘Well, we’ll see about that’.

“I’ve spoken to various individuals since, who have had some contact with them.

“By and large, they told me that they expected Lewis to be back to try and win an eighth world title in 2022.

“What they explained to me, though, was that, even if he seemed to take it well on the night, it hit him very hard in subsequent days what went on – the manner of losing the victory on the night and, therefore, the championship.