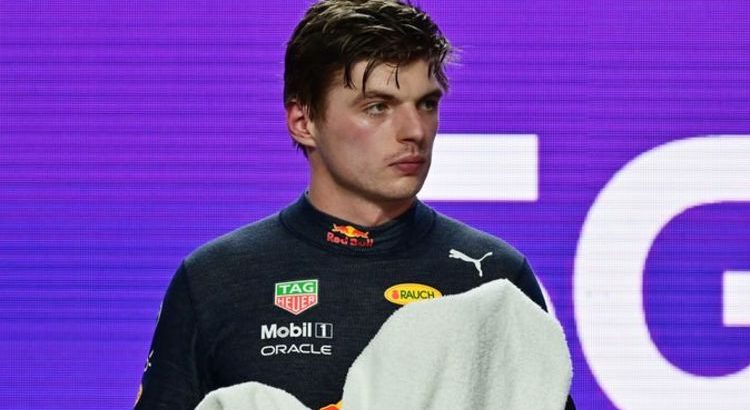 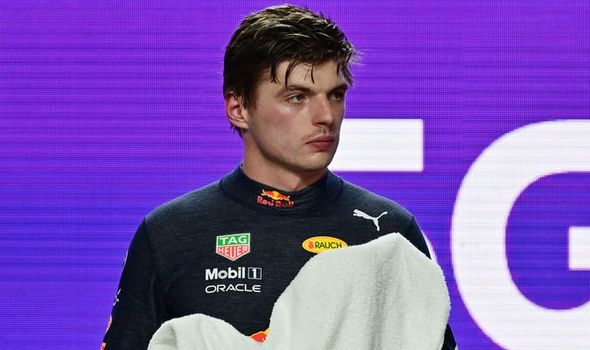 Max Verstappen has questioned the five-second time penalty he received at the Saudi Arabian Grand Prix, comparing the incident to a similar wheel-to-wheel battle with Lewis Hamilton in Brazil and insisting it is “interesting” he is the only one who was punished.

Formula One’s first trip to the Jeddah Corniche Circuit on the first weekend of December produced a multitude of incidents in a hectic race that encompassed almost two-and-a-half hours of racing.

There were two red flags and multiple safety cars and virtual safety cars with only 15 cars making the finish; Mick Schumacher, George Russell, Nikita Mazepin and Sergio Perez and Sebastian Vettel all suffering DNFs due to collisions and crashes.

Verstappen was in the midst of much of the Saudi Arabian drama and had several tense tussles with Hamilton, who collided into the back of the Dutchman on lap 37 and sustained front wing damage.

MUST READ: Hamilton stands by his ‘f****** crazy’ Verstappen comment

At the very start of that same lap, Hamilton took advantage of DRS to overtake Verstappen down the start/finish straight into Turn 1 only for the Red Bull to hold his line into the corner and force both cars wide.

Verstappen was later given a five-second penalty for going off the track and gaining a lasting advantage, with Hamilton unable to permanently get past him until lap 43.

Yet the 24-year-old felt the manoeuvre was a similar one to an incident in Interlagos, when aggressive defending from himself on lap 48 of the Brazilian Grand Prix also saw both cars go wide and off the track at the outside of Turn 4.

Mercedes later requested a right of review into the manoeuvre, which was initially noted but not investigated by the stewards in Brazil and instead deemed merely a racing incident, after new footage of Verstappen’s on-board camera emerged.

Yet Mercedes’ appeal, which was heard in Qatar at the next race, was rejected and that meant Verstappen escaped retrospective punishment in Doha.

And he felt his Saudi Arabia penalty was unnecessary, stating: “When they told me that I had the five-second penalty, it was not worth fighting [Hamilton] anymore because I would never pull a gap of five seconds.

“So yes, a lot of action, a lot of things that happened. I think ultimately, we didn’t really have perfect pace in the race, maybe also the medium tyres were not amazing to the end.

“I think the hard tyres [of Hamilton] had a bit more life in them I think, but as always, it’s easy to say afterwards.

“At the end, that five-second penalty I don’t think is correct but at the end of the day I don’t want to talk about it that much because they don’t deserve any words coming out of my mouth.

“I find it interesting that I am the one who gets a penalty when both of us ran out of the white lines. In Brazil it was fine but suddenly [here] I get a penalty for it.

“You could see both of us didn’t make the corner. But it’s fine, I also don’t really spend too much time on it. We have to move forward.”

Verstappen slowed to let seven-time world champion Hamilton pass later on in lap 37 only for the Briton to shunt into the rear of his RB16B, and the stewards adjudged post-race that the Red Bull was to blame.

The Belgian-born championship challenger was accused of “erratic” braking which was said to have been the “predominant cause of the collision”. He was handed a 10-second time penalty, though the gap to third-placed Valtteri Bottas in the other Mercedes meant he kept his P2 finish.

The Dutchman said of that incident: “They told me to give the position back, and so immediately when I heard that on the radio I just pulled off to the right, showing that I was going to move over.

“I braked, downshifted, and he just stayed behind me – so I was just looking in the mirror and I’m slowing down and I think there was a bit of a miscommunication and he ran into the back of me.”

That came after Verstappen had said upon being named driver of the day: “Luckily the fans have a clear mind about racing because what happened today is unbelievable. I’m just trying to race and this sport these days is more about penalties than about racing.

“For me this is not Formula One but at least the fans enjoyed it. I gave it all today but clearly not quick enough. But still, happy with second.”

An angry Red Bull advisor Helmut Marko meanwhile told Autosport: “Our engineers are preparing [the data] that we can prove Max was constant with his braking, he didn’t brake test like Hamilton said.

“Then he crashed into our car, he unfortunately put two cuts in the rear tyre. That was so severe that we couldn’t attack anymore. We had to take speed out.

“That was the one thing. The next thing was at the second start, Hamilton was more than 10 car lengths behind [the safety car]. [Sebastian] Vettel got penalised in Budapest when he did it.

“But with this manoeuvre he [Hamilton] was preparing his tyre better for the start. Then he pushed Max off, no reaction. So we feel we are not treated the same. It’s a very one-side tending decision-making here.”