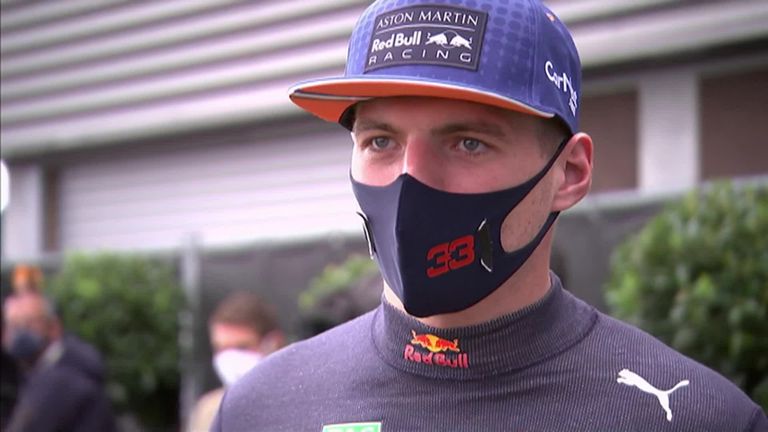 Max Verstappen hailed a “very good weekend so far” for Red Bull despite being edged out of the front row by Valtteri Bottas in Belgian GP qualifying.

The Belgian-born Dutch racer once again extracted the maximum out of his car at Spa-Francorchamps, and, while half a second off Lewis Hamilton’s pole in a dominant Mercedes, he was only 0.012s off a surprising second.

Verstappen hailed Saturday’s performance as a solid start on which to build.

“We thought it was going to be very tricky for us but overall we can be very pleased,” he told Sky F1.

“The car might have ran out of energy but it’s a good day and there are a lot of opportunities tomorrow.

“When you only finish one hundredth of a second behind [Bottas], it’s not much. It’s a shame, but on the other hand it was a very good lap and a very good weekend so far, so we have to be happy with that.”

The 22-year-old – like Hamilton, renowned for his ability in wet conditions – admitted he hoped there would be rain on race day to liven up the action, but acknowledged Mercedes’ pace would still have the edge.

“[A wet track] wouldn’t make a difference. Dry or wet, the result will be pretty similar,” he said.

“But of course when it’s wet it’s a bit more tricky around here and a lot of things can happen.