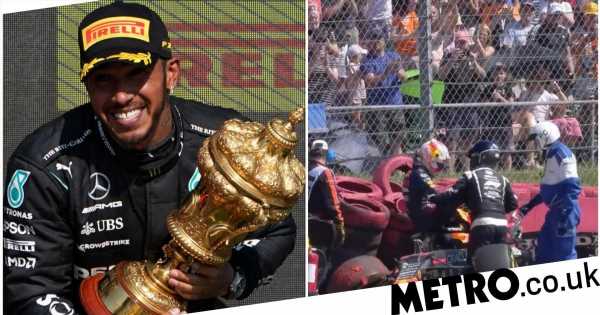 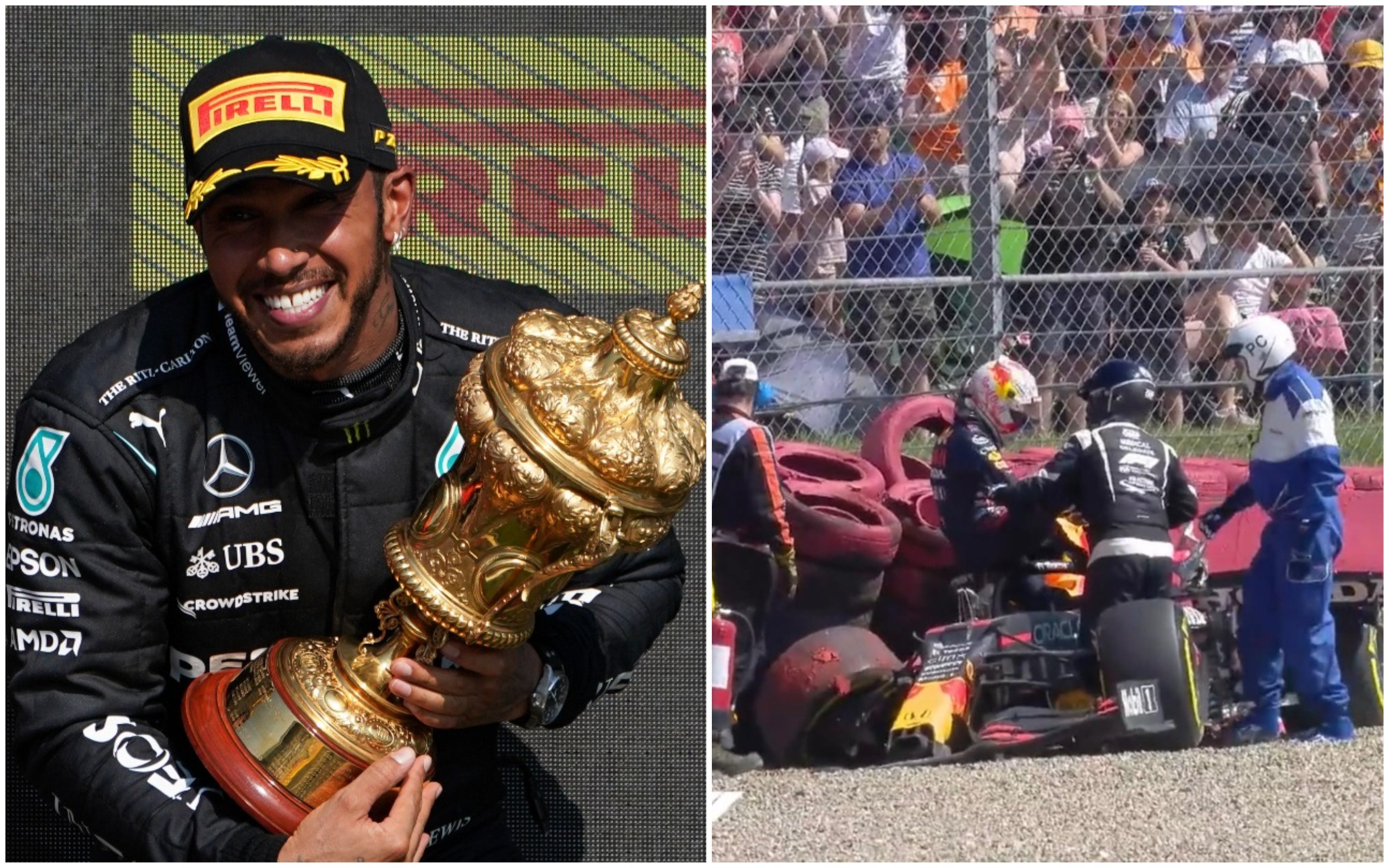 Max Verstappen has branded Lewis Hamilton ‘dangerous’ and ‘disrespectful’ following his 180mph crash at the British Grand Prix on Sunday.

Hamilton won his eighth British Grand Prix but was blamed for Verstappen’s high-speed crash in the opening lap at Silverstone.

Heading into the Copse corner, Hamilton went on the inside of Verstappen but his front wing made contact with his rival’s rear tyre.

The collision sent Verstappen spinning into a tyre barrier at a 51G impact. The Red Bull driver was able to get out of his car but was sent to hospital for further checks.

And Hamilton, who was handed a 10-second penalty for the incident, has been called ‘disrespectful and unsportsmanlike’ by Verstappen for celebrating his race win at Silverstone.

‘The penalty given does not help us and doesn’t do justice to the dangerous move Lewis made on track.

‘Watching the celebrations while still in hospital is disrespectful and unsportsmanlike behaviour but we move on.’

‘I think it was a desperate move,’ Horner told Channel 4.

‘He failed to make the move in the first part of the lap, which he was obviously geared to do, and then it was just a desperate move sticking a wheel up the inside which you just don’t do.

‘You boys know as well as anyone, Copse is one of the fastest corners in the world. You don’t stick a wheel up the inside. That’s just dirty driving.’