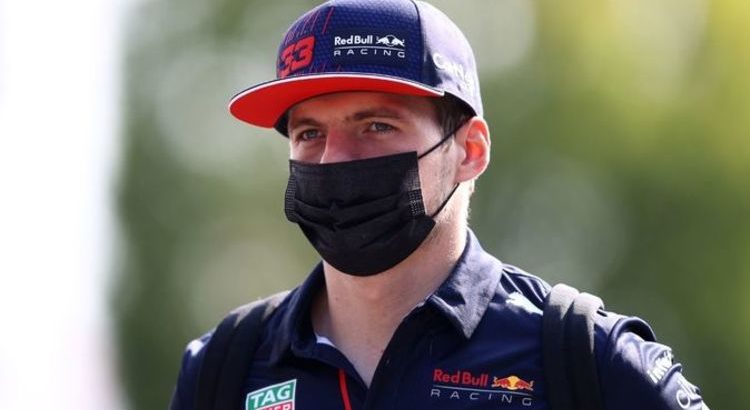 Max Verstappen has urged Red Bull for “a little bit more” to give himself the best chance of beating Lewis Hamilton this season after the Dutchman once again edged himself ahead of the Mercedes driver with victory at the Dutch Grand Prix.

Verstappen picked up half points for a race win at a washed-out Belgian Grand Prix before triumphing in the Netherlands in front of his home crowd with a lights to flag win.

Yet the season has been ebbing and flowing between the pair, who have been tussling for the lead of the driver standings as the pendulum swings between the two.

Now, heading into the Italian Grand Prix, it’s advantage Verstappen, who leads the way by just three points over the Briton.

The 23-year-old at one point this season had built up such a lead he had a race win in hand, which was slashed to nothing after two torrid weekends for Red Bull.

“For me, they did pole position in Silverstone, even though of course it didn’t count as a pole position,” said Verstappen, referring to the first of the sprint qualifying sessions which we will see repeated in Monza.

“And they were ahead in Hungary, where they definitely had more pace than us, [they] just looked better.

“But of course Hungary was a crazy race with what happened, with the wet and the start, so you shouldn’t look at stats.

“You should look at the realistic pace, what there was, and not always look at the race result, because I definitely think they would have won Hungary if everything went as normal.

“That’s why I really felt, in the break, I was like ‘We really need to speed things up here because otherwise, they’re going to run away with it’.

“I think we did, we did pick it up a bit. I feel like we still need a bit more but it’s heading in the right direction.

“Also, you have to see that there are still quite a lot of different kinds of tracks coming up, so it will definitely swing both ways.

“We just have to keep on it and keep pushing and keep bringing new bits for the car.”

After a commanding victory in Zandvoort, Verstappen took control of the championship once again, and it was double joy on the podium as he celebrated in front of a sea of orange at F1’s first race in over 30 years at Zandvoort.

“As you can hear already, it’s just incredible,” added Verstappen.

“The expectations were very high going into the weekend and it’s never easy to fulfil that.

“But I’m of course so happy to win here, to take the lead in the championship. It’s an amazing day. Just the whole crowd. It’s incredible.

“The start was very important, I think we did that well, and then of course Mercedes tried to make it very difficult for us but we countered them all the time really well.”

“We can be really pleased with the whole team performance today.”