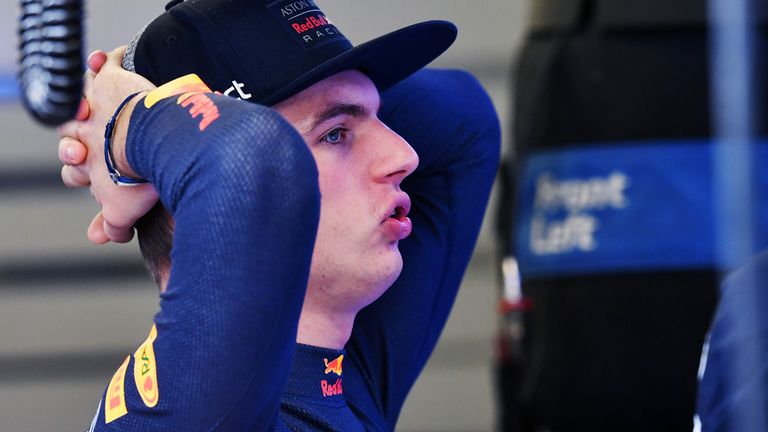 Max Verstappen has bemoaned the car issues which he believes cost him pole position for the Mexican GP.

Verstappen missed out on becoming the youngest-ever pole sitter in F1 history by less than a tenth of a second when team-mate Daniel Ricciardo snatched P1 out of his grasp.

“It was just not good,” rued Verstappen. “I was struggling the whole qualifying, with the same problems I had in Practice Two, when I had a lot of rear locking, on the down-shifting and when I come off throttle. Somehow the behaviour was not correct.”

Verstappen continued: “So we couldn’t do anything throughout qualifying, so I just had to lock a lot of tools, go forward on the brake balance to try and stabilise the whole car. It’s not how you want to do qualifying, normally you go more aggressive and be more aggressive on all the tools.”

A front row lock out for @redbullracing is a great result. We couldn’t get the car working in quali today, so to miss out on pole is disappointing. Still all to play for tomorrow! #KeepPushing #MexicoGP ?? pic.twitter.com/0a07x96DTv

In contrast, Ricciardo, who has endured a miserable run of form since winning May’s Monaco GP, was overjoyed at claiming what is likely to be his final Red Bull pole position before leaving for Renault.

“Max led the way through the practices. I knew there was a bit more in it and we just squeezed it out at the very end,” said Ricciardo.

“I knew the pace was there, it was just a matter of putting it together. To be honest, the first sector wasn’t that good, so I was surprised to have probably got the pole after that, but I saw the second and third sector were strong and that’s where I made the difference.”

Despite missing out on a front-row starting berth, Lewis Hamilton was also delighted to have claimed third on the grid – one place ahead of title rival Sebastian Vettel.

“This is a great day for us,” said Hamilton. “Considering how bad yesterday was for us, and so I really want to say a big thank you to everyone who’s back at the factory who’ve been working hard overnight and also the guys here, to rectify the issues we’ve had and get the car back into a sweeter spot.

“To be as close as I am, I’m really quite happy with that, and to be on third, it’s not a bad start.”

Hamilton added to Sky F1: “It was testament to the work we did overnight and the decisions we made going into qualifying. I’m really, relay happy. On the engineering side, there’s nobody better than in my team.”

Really happy with today. The team did an excellent job yesterday to enable us to fight, I can’t thank them enough for their hard work. I’m happy for Daniel, he did a good job. We now place our focus and energy on race day #MexicoGP #F1 ? @Motors_images @MercedesAMGF1 pic.twitter.com/5XWklQv4Yf

How Hamilton can win title in Mexico