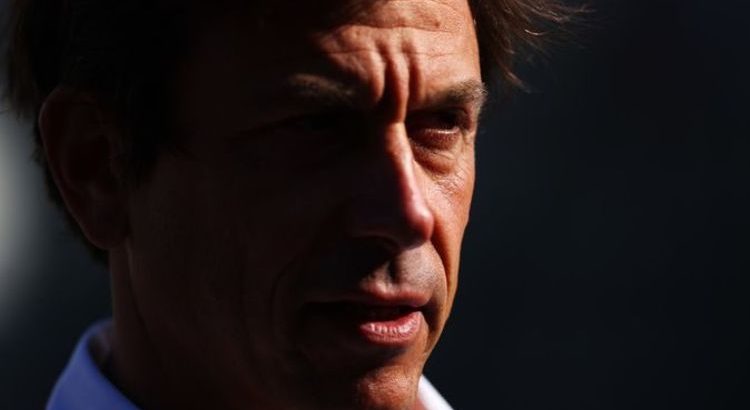 Mercedes boss Toto Wolff is set to have talks with ‘cheeky’ Valtteri Bottas following the Dutch Grand Prix. Things began to unravel towards the end of what had been a difficult race for the Austrian’s team, as his drivers finished behind race winner Max Verstappen.

Bottas, 32, was told to abort his fastest lap attempt towards the conclusion of the Dutch Grand Prix by Mercedes to allow Lewis Hamilton, 36, to pick up the bonus point.

The Finn was rapid through sector one and sector two before his engineer barked “abort” over the team radio.

Moments later, Hamilton pitted for a fresh set of tyres and before blitzing round the circuit in record time.

“That was a bit cheeky, but understandable,” said Wolff. Valtteri is always on the receiving end because this championship is so tight.

“He lifted off massively in the last sector, and it was clear that Lewis would do the quickest lap and Valtteri knew about it.

“At the end, Lewis in his fight for the drivers’ championship got the point, and it’s all good.”

The 49-year-old revealed the issue would be discussed and solved within the team as they prepare to head to Monza for the next race.

“It could have ended up in a loss of a point for Lewis, and it would have also been not right, because he had fastest lap until then,” Wolff continued.

“But you have to understand also at that point, there’s a certain degree of frustration of Valtteri, and at the end, everything is good.

“We’re going to talk about it, but in a most amicable and professional way.”

Bottas has denied ignoring team orders and stated it was never his intention to go for the fastest lap.

“I didn’t go for the fastest lap, but Lewis got it – as a team, we got solid points,” he said.

“Unfortunately for me, pretty uneventful [race]. Obviously kept pushing, we tried a one-stop with a long first stint and tried to survive with the tyres to the end.

“But we had a big gap behind me, so we just made a stop for safety, basically. We tried but we basically didn’t have quite enough pace today.”

Hamilton, who now trails Verstappen by three points in the driver’s championship, said he had no knowledge of his teammates’ attempt at a fastest lap.

“I had no idea, but it doesn’t really matter. If Valtteri had got it, it would have been fine,” commented the Briton.

“At the end of the day, we needed to get the fastest lap, as many points as we can as a team.

Mercedes will be looking to turn the tables on Red Bull when F1 heads to Monza for the Italian Grand Prix this weekend.