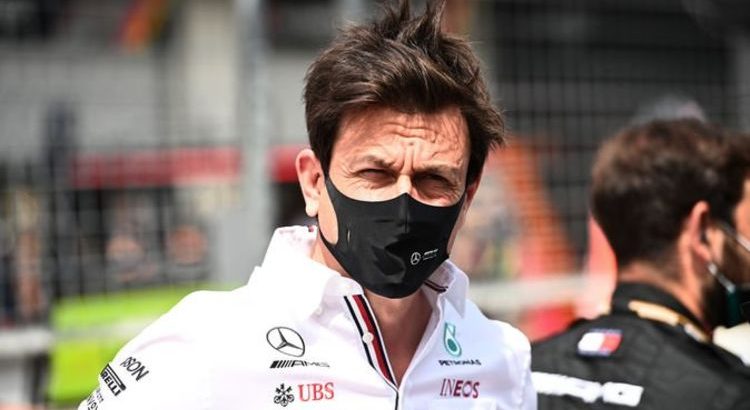 Lewis Hamilton will hope to close the gap on Max Verstappen and Red Bull this weekend at the British Grand Prix. The 36-year-old is up against it with his Dutch rival impressing so far in the 2021 season.

Mercedes chief Toto Wolff has confirmed the Silver Arrows have some updates in the hopes of a resurgence in the second half of the year.

Hamilton trails Verstappen by 32 points in what is expected to be a close battle for the remainder of 2021.

Silverstone has been a strong track for Mercedes over the years and Wolff hopes it can be again this weekend.

“Silverstone is an incredible track, fast and flowing, and one that we hope should suit our car better compared to Spielberg,” Wolff said.

“We also have a few small updates on the car, and we look forward to seeing how they perform.

“We know we need to give Lewis and Valtteri the car to perform at Silverstone and everyone at Brackley and Brixworth is working flat out to deliver it.”

The grid on Sunday will be formed from a sprint qualifying race on Saturday for the first time, something which will have all the F1 teams planning in a different way.

Wolff added: “The first weekend with the new sprint qualifying format brings a fresh challenge for all teams.

“With just a single one-hour practice session ahead of the Friday qualifying session, and the cars’ configuration fixed from the beginning of standard qualifying on Friday, whoever can get up to speed quickest will carry an advantage through the weekend.

“We will be adapting our approach and running plans to ensure we are best prepared for every aspect of the new challenge.”

Hamilton has recently signed a new two-year contract at Mercedes keeping him at the team until the end of 2023.

The Briton will look to break the record of Michael Schumacher and become the first ever eight-time world champion in the sport.

Verstappen will have his heart set on stopping that and making history in his own right.

The usual qualifying session will take place on Friday and form the grid for the sprint race on Saturday afternoon in a readjusted weekend.

Hamilton, Lando Norris and George Russell will look to put on a show in front of what will be a packed Silverstone crowd.