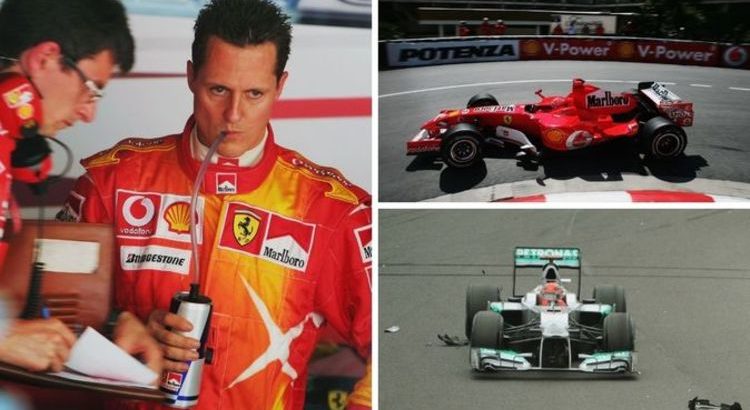 F1 legend Michael Schumacher represented Luxembourg rather than his native Germany as a youngster. Netflix are preparing to release their highly anticipated documentary, titled ‘Schumacher’, on September 15.

The film, released on the 30th anniversary of Schumacher’s debut in F1, will follow the journey of the seven-time world champion from karting to the pinnacle of motorsport, and look at his life away from the circuit.

In the new Netflix documentary, there is a scene where a TV presenter is attending a go-karting event in 1983.

Mic in hand, the presenter faces the camera and sets the scene for the audience.

“A total of 18 nations are competing here, with approximately 80 drivers,” he says.

“A driver who isn’t competing for Germany, although he is German and is even the odds-on favourite here, is Michael Schumacher.

“You’re competing for Luxembourg, how come?”

The camera then cuts to a young Schumacher, aged just 14, who gives a frank answer.

“Because the qualifying races in Germany cost money and if we’re eliminated, we don’t qualify for the World Championship,” the future legend simply states.

“But in Luxembourg we’re the only competitors, it doesn’t cost anything and we qualify.”

It is this shrewd and forward-thinking mentality that helped Schumacher become the greatest driver in the sport’s history.

Schumacher’s son Mick is currently enjoying – or enduring – his debut season in F1 with the Haas team.

Mick has endured a difficult season with struggling Haas in 2021, sitting 19th in the standings while his team-mate Nikita Mazepin is rooted to the bottom.

Schumacher is one of F1’s greatest drivers ever, winning two championships for Benneton in 1994 and 1995 before sealing five in a row for Ferrari between 2000 and 2004.

After originally retiring in 2006, the German returned for a second F1 stint with Mercedes between 2010 and 2012 – and he was replaced at the Silver Arrows by none other than Lewis Hamilton.

Schumacher’s 91 race wins are the second most in F1 history and he is level on seven championships alongside Hamilton.