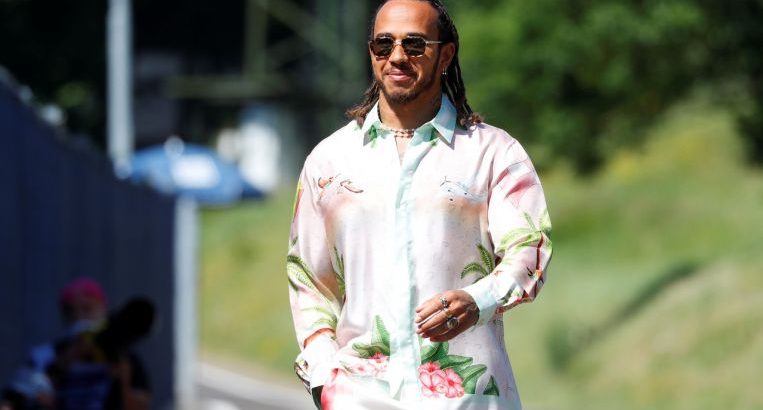 LONDON (AFP) – Formula One world champion Lewis Hamilton says he wants to be remembered for “helping people and changing the industry and the viewpoints” after the publication of his report into improving diversity in motor sports.

Britain’s seven-time world champion was spurred into action after noticing the lack of diversity in an end-of-season photograph in 2019 and subsequently set up the Hamilton Commission.

The 36-year-old has taken the knee before every race since the beginning of last season and has persuaded his Mercedes team to paint its cars black to highlight discrimination.

The commission’s report, Accelerating Change: Improving Representation of Black People in UK Motorsport, asks for a diversity and inclusion charter to be implemented by F1 teams and other motor sports organisations.

Paid work placement and work experience schemes, as well as supporting the creation of scholarship programmes to enable black graduates from degrees to progress into specialist motor sports roles have also been proposed.

Hamilton, the only black driver in Formula One, told the BBC he hoped the findings would be “part of my legacy”.

“I would like to be remembered for much more than winning championships, which is an amazing thing on its own, but for actually helping people and changing the industry and the viewpoints,” he said.

“We are all the same. We all bleed the same. There is no reason why it shouldn’t be as diverse as the world around us.

“All it takes is the shift of the needle and then in the long distance that can be a whole continent’s size. It could be huge.”

Hamilton said the commission, which included experts in motor sports, education and engineering, had found that obstacles for black people ran deeper than issues in gaining access to the sport.

“We realise it’s not just the motor sports industry that needs to change,” he said. “We found there are still systemic issues facing young black people at all levels of the education system.”