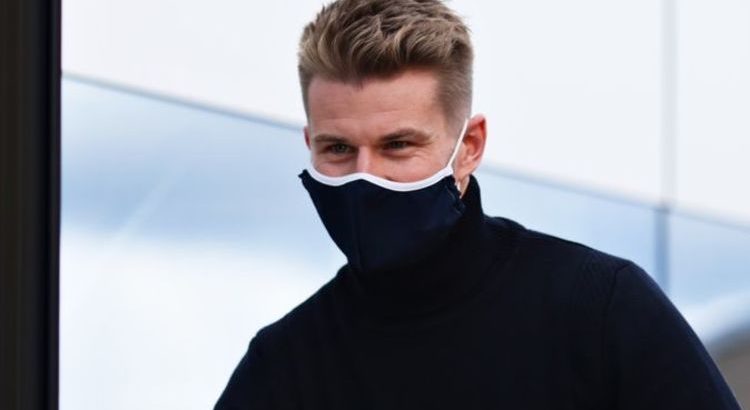 Aston Martin driver Nico Hulkenberg has cast serious doubt on whether the new regulations for the 2022 F1 season will make a difference. The last campaign was dominated by eventual world champion Max Verstappen and runner up Lewis Hamilton, with the pair notching a combined total of 18 wins from 22 Grand Prix races.

Their respective points tallies of 395.5 and 387.5 points were also more than 160 ahead of third placed Valtteri Bottas, but the fact he was third and Verstappen’s team-mate Sergio Perez was fourth underlined the superiority of Mercedes and Red Bull.

However, next season will see the sport endure a huge overhaul, with the new rules designed to make the season more competitive and reduce the gap between the more powerful teams and the rest.

The likes of Ferrari driver Carlo Sainz have lauded the changes, with the Spaniard sounding a warning to Verstappen and Hamilton that they will be on a level playing field in 2022.

Alpine veteran Fernando Alonso also believes he and Esteban Ocon will be challenging more regularly, while Lando Norris [McLaren] is another tipped as a potential title candidate.

However, Hulkenberg, 34, has moved to douse the anticipation of closer competition after spending hours on the Aston Martin simulator.

“From my initial experience, the new cars are pretty damn fast and not necessarily slower than the last generation,” he posted on LinkedIn.

“The driving experience hasn’t changed that much either, at least in the simulator.”

The German is a veteran of 182 F1 races, having driven – and tested – for numerous teams since his inaugural season with Williams in 2010.

The new laws are also expected to make cars less sensitive to the disturbed air produced by other vehicles, a notion that Hulkenberg has doubts over.

“It will be very interesting to see whether these cars can really follow the car in front better,” he said. “In the simulator, the cornering speeds are extremely high, so the risk of ‘dirty air’ is still given and it’s difficult for me to imagine that following another car comfortably at these speeds will be easy.

“Anyhow, I hope we will be positively surprised. Once pre-season testing starts drivers and teams will find out how the cars really behave on track.”

He added he didn’t think that the move to 18-inch wheels and taller tyres would make any difference to the drivers’ visibility, arguing they would “just see more rim instead of tyre wall like in the past.”

Hulkenberg will provide back up to Sebastian Vettel and Lance Stroll this season, with the latter’s father, owner Lawrence, recently unveiling grand plans to help the team compete for future world titles.

Stroll is currently overseeing the construction of the team’s new state-of-the-art headquarters, which will be erected on land across the road from the Silverstone Grand Prix circuit.

The project, which he says will cost between £150 and £200 million, has a target completion date of early 2023, and includes a new main building which will contain the design office. A second building will contain a new wind tunnel.