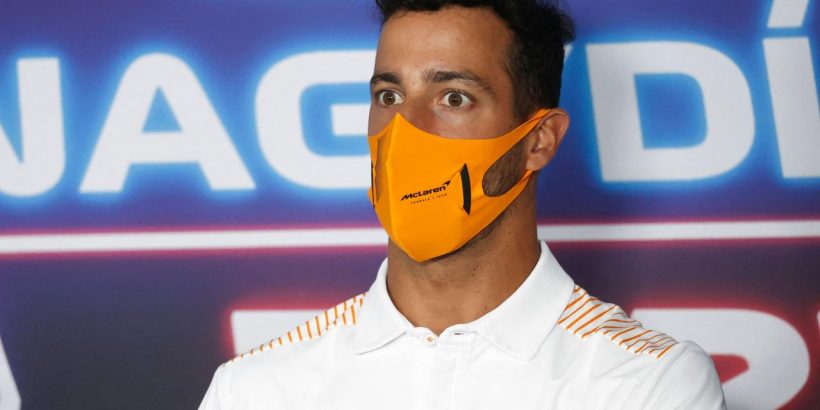 The answer is as complex as it gets, but it does exist.

The Australian’s struggles to adapt to his team’s temperamental MCL35M has been the story of the 31-year-old’s season.

He admitted recently it has been his toughest season in Formula 1 while his team, including team principal Zak Brown, has bounced up and down from overwhelming support to thinly veiled public statements lighting a fire under Ricciardo’s bum.

Information has gradually leaked out about Ricciardo’s admitted issues with his breaking system.

He has simply been unable to find the driving style needed to tame the unforgiving specifics of the 2021 McLaren and has had to watch on as teammate Lando Norris has pushed his way to third in the championship standings.

Now, Stella has provided the clearest and most detailed explanation to solve the problem at the core of Ricciardo’s headaches.

The former Ferrari technician has legitimised Ricciardo’s struggles, revealing further details about the perfect storm that has made life so difficult for the former Renault and Red Bull racer.

He admits the team’s performance strategy of focusing on downforce and aerodynamic gains is a completely different world to his former Renault garage – and it is forcing Ricciardo to make drastic changes to his own style to suit his new car.

A combination of testing hours being slashed, Friday practice sessions hours being reduced, new downforce pieces, the team’s move to a Mercedes power unit, changes in technical regulations for 2021 unit and the FIA’s freeze on mechanical development has created a nightmare for Ricciardo.

Stella admits the team has been unable to make any moves to tailor the car towards Ricciardo and has put it all on Ricciardo to make the adjustments to his new wheels.

He says the mixture of keeping large parts of the 2020 car, while making significant changes for aerodynamic purposes makes the MCL35M “relatively special to drive”.

“And which in a way we see with the experience that Daniel is going through,” he said in an interview with motorsport.com.

He said the team’s aerodynamics shift means it has swung significantly away from straight line speed towards being strong in each corner — and admits the extreme imbalance between the two is something no other team is dealing with.

“What is McLaren specific is that our car clearly is on one side of this typical split of characteristics that you can achieve,” he said.

“He came from the opposite end in terms of how you would like to drive an F1 car.

“I think it’s no secret that our car is good in high-speed corners for example. It may not be the best car when you have to roll speed in the corner, as another example.

The McLaren beast has been a fickle mistress.Source:Getty Images

“So while we are trying to adjust some of the characteristics to make it a little bit more natural to drive, at the same time, the most important thing is to deliver aerodynamic efficiency.

“He is a driver who likes to roll the speed in the corner, not necessarily attack the braking, as much as our car requires.

“And I think we understood very quickly, what the issue was in terms of exploiting all the speed.”

Most importantly, Stella says Ricciardo’s growth mindset means the team has full confidence he will find the solution.

“We do see progress step-by-step and we also see the race craft of Daniel, which is very complete. So if anything, the key bit we need to add at the moment is that little bit of speed,” he said.

“But the starts, understanding of the racing, the way he’s been so precise in keeping some bigger cars behind him, like if we think about [Silverstone] with Carlos, this race craft is very strong.

“And then there is the attitude, the attitude is very positive, exactly what we see and what you know about Daniel, which means even when we are not achieving the speed that we would like, the spirit is strong, the motivation is very high.

“And somehow we keep enjoying the journey. Not necessarily in my experience, a driver who cannot find the final one tenth of a second, keeps being an enjoyable driver to work with for the whole team, let’s say.

“But this is the case with Daniel. So I’m very optimistic for the future.”