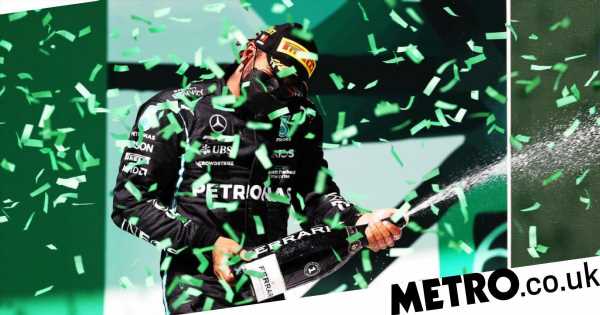 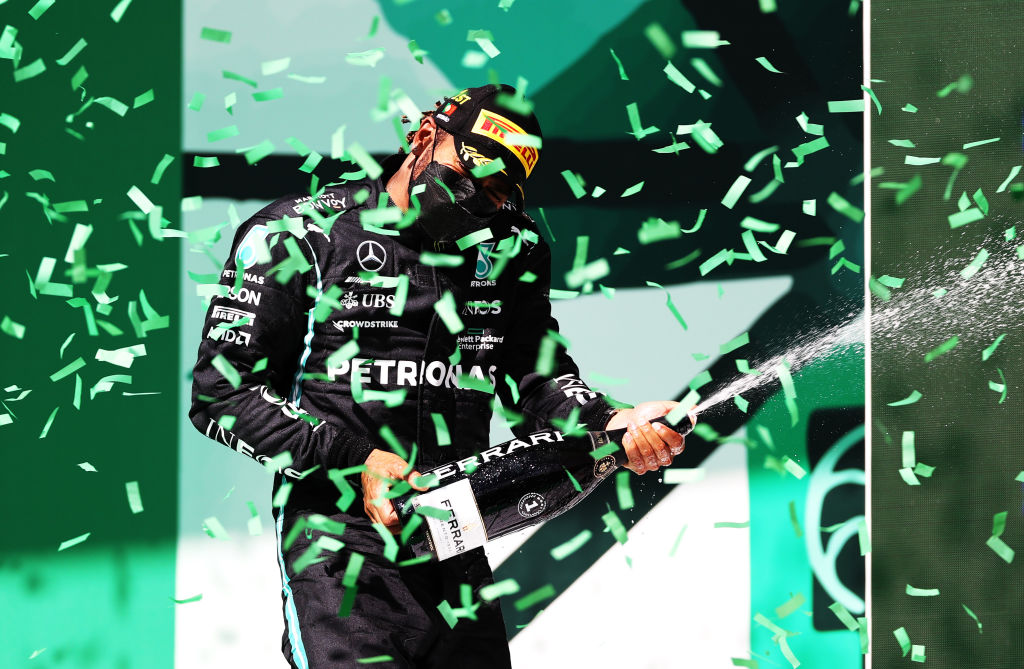 Lewis Hamilton dominated after passing Max Verstappen and pole-starter Valtteri Bottas in the early stages of the Portuguese Grand Prix to finish nearly 30 seconds ahead of runner-up Verstappen. The Dutchman also had his fastest lap point handed to third-placed Bottas, with the Red Bull driver found to have crossed the track’s limits.

In spite of Verstappen’s efforts it was clear the Red Bull RB16B, the faster car in Bahrain and Imola, had lost ground to Mercedes’ W12 in Portugal in qualifying and race trim.

This surprised Lewis, who did not feel his car was any quicker than before. ‘It felt like Red Bull lost some performance, as I don’t feel we have made any progress,’ he said. ‘I think they went down a side path this weekend.’

Despite it being a bit of a dull GP after Hamilton seized the lead, the champion hailed it a demonstration of his superior tyre knowledge. ‘This is great. This is what we all live for,’ he added.

‘We’re standing up and fighting to get every bit of performance out of that car to be an even better opponent.’

Verstappen’s fastest-lap deletion left Red Bull seething, conscious this championship could be decided by a single point and also that track limits have already denied them a win this year, in Bahrain, and — Red Bull argue — perhaps pole in Portimao too.

‘I hope that’s the end of it. Something has to change. Either you make a boundary with kerbs or you make gravel or something. If you go out it’s an automatic penalty.’

There was no physical penalty for exceeding track limits in either Bahrain or Portugal but the FIA was watching and was prepared to clamp down.

Most people would agree with Marko — it’s simpler and more satisfying for competitors and fans if there’s gravel, grass or an abrasive surface that scrubs off speed when you drive off the track.

Until then, drivers may try to get away with what they can in the hope no one’s looking. Verstappen has admitted he believed, incorrectly, turn 14’s track limits were not being monitored.

‘Oh really? That’s a good one,’ Max said when told post-race he’d had his lap disallowed. ‘That is a bit odd, because they were not checking the track limits at turn 14, but whatever.’

It is no good Marko claiming Red Bull should have been on pole or scored the fastest lap when they needed all four wheels off the track to achieve it even if the lack of consistency is frustrating.

‘[Lando] Norris overtook [Sergio] Perez, went over with all four wheels, and there were no consequences,’ claimed Marko. ‘That’s not racing when you juggle the rules like that.’

Perez says he saw Lando go off in his mirrors but race director Michael Masi says all of his rulings are consistent with the third draft of notes he handed to the teams and drivers on Saturday.

Perhaps it would be helpful for the FIA to define the rules regarding track limits in advance of the weekend and stick to it, rather than issuing three or more versions of the policy.

Perez eventually finished ahead of the McLaren. His fourth place is the Mexican’s best result for Red Bull so far.

Behind the consistently strong Lando, Charles Leclerc ended two places higher than he started, earning a respectable eight points for Ferrari, while the Alpines of Esteban Ocon and Fernando Alonso impressed, finishing seventh and eighth respectively.

Alonso, who is now three races into his F1 comeback, said it was ‘anger’ that drove him to his best finish of 2021 so far. The Spaniard was wound up after Ocon qualified sixth and he could only muster 13th.