As Lewis Hamilton whisked friends and family away to New York on Sunday night to celebrate his sixth world championship glory, the great and good of his sport were working on another important trip.

Down the Mall to Buckingham Palace.

The letters are being sent and the arguments made for Lewis Carl Davidson Hamilton MBE to arise as Sir Lewis. 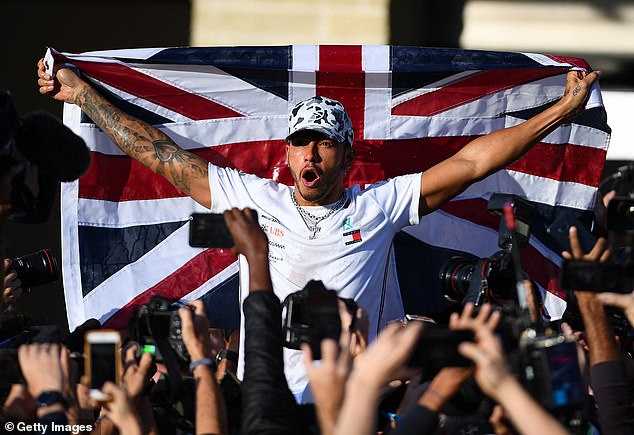 The Australian remains the only driver to win an F1 world championship at the wheel of his own team’s car, in 1966. Won three world titles and, after quitting F1 in 1970, continued in motor sport events until he was 78.

Co-founded Williams Racing in 1977. Still team principal, though daughter Claire is its de facto leader. Knighted after overseeing seven drivers’ and nine constructors’ championships from 1980 to 1997.

THE CHAMPION without a crown. Denied time and again by Juan Manuel Fangio and Brabham in his 10 years, finishing runner-up four times — Moss nevertheless won 212 races, excelling in long-distance racing.

Triple champion and twice runner-up in nine seasons, he dominated the late 1960s and early 1970s with four teams. Retired one short of his 100th grand prix after the death of team-mate Francois Cevert in 1973, and became a campaigner for driver safety.

Williams co-founder and key figure in construction and design of each of team’s championship-winning cars. Nurtured some of F1’s best engineering talents, including Adrian Newey and Ross Brawn, before stepping down in 2012.

David Richards, chairman of Motorsport UK, and Lord Hain, the former Labour cabinet member, have written to the Prime Minister making the case for recognition in the New Year honours. And given the glut of sportsmen knighted over the last couple of decades, their arguments are undeniably strong.

No contemporary of Hamilton, 34, has dominated a worldwide sport for so long. Not Sir Andy Murray, who, for all his brilliant talent and three Grand Slam titles in a golden era, only briefly reached No 1 status.

Sir Mo Farah, another notable knight, never set a world record as he collected his gold medals under the direction of discredited coach Alberto Salazar.

The letters to Boris Johnson make the point that Hamilton’s story is inspirational: the boy from a Stevenage council house who became the first black driver in Formula One, and an extra-ordinary one at that.

Lord Hain, who serves on the All Party Parliamentary Group for F1, has researched the claim that Hamilton — despite living in Monaco — is among the UK’s 5,000 biggest taxpayers. He contributes lavishly to the exchequer while working in Britain, where his Mercedes team are based.

The campaigners also highlight Hamilton’s charitable work. Sportsmail has learned that he is working on a partnership with Comic Relief to establish a £1million fund to support British-based charities which help disadvantaged youngsters.

Two principal accusations are levelled at Hamilton. The first is his Monaco tax status, although he is merely following in the jet stream of nearly every prominent driver before him. 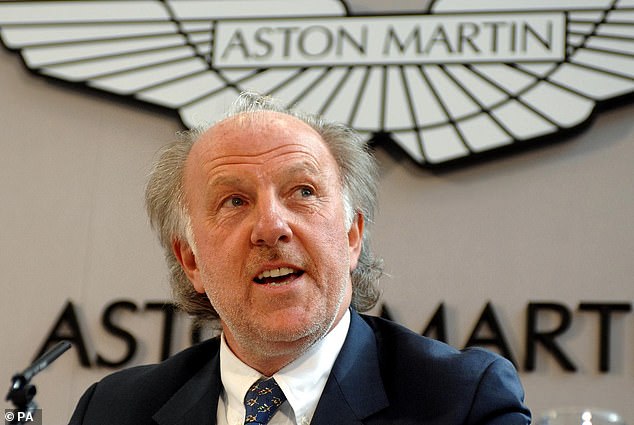 David Richards, chairman of Motorsport UK, is among those wanting Hamilton to be knighted 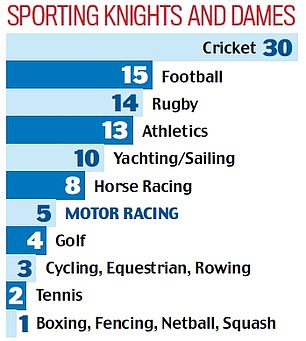 The other doubt centres on the old chestnut: how much of his success is down to the car and how much to the man?

Well, it is both, of course, but if he were not up to snuff he would be out of his £40million seat faster than you can say Sir Stirling Moss. That is how fiercely F1 works. Also, it should be noted that he has won perhaps four championships in cars that were not the fastest – his first in 2008 and arguably the last three.

If he had driven for Ferrari in those four seasons, Michael Schumacher, in 2004, would not still be the Italian team’s last champion.

Which brings us to my contention that Hamilton trumps the fabled German in the all-time reckoning, despite lying one world title behind him in the arithmetic of greatness. 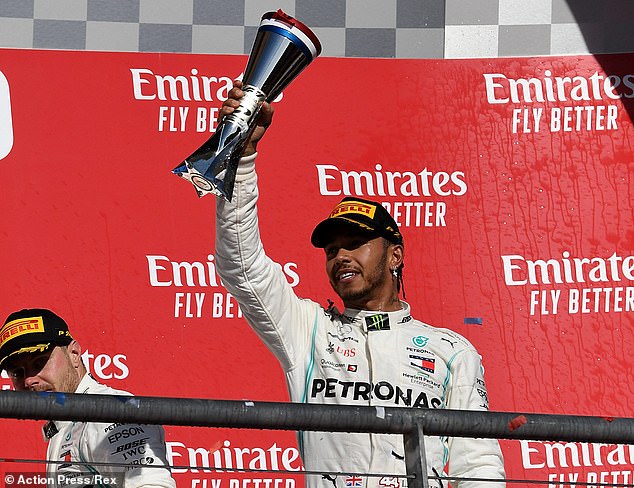 Hamilton’s own figures are mountainous — a record 87 poles and 83 wins, eight short of Schumacher — and they tell us a lot about him. About a pathological determination to win. About his shrewd alliance with the right team at the right time. And, of course, of a talent so deep it cannot be denied the biggest prizes.

But beyond all the numbers, and all his ability, there is a characteristic that even now — with his body of work yet to be completed — marks him out as better than the giant Schumacher, whose seven titles he hopes to match and eclipse.

It is the fact of his sportsmanship on track. There is barely a moment across 248 races when Hamilton has sought to play dirty. He has fought hard, compellingly so, but it is not his natural instinct to ram a rival off the road.

Schumacher, for all his brilliance, has a long crime list. His collisions with Damon Hill in Adelaide in 1994 and Jacques Villeneuve in Jerez in 1997, as well as the low cunning that led him to park his car at Rascasse during qualifying in Monaco in 2006. 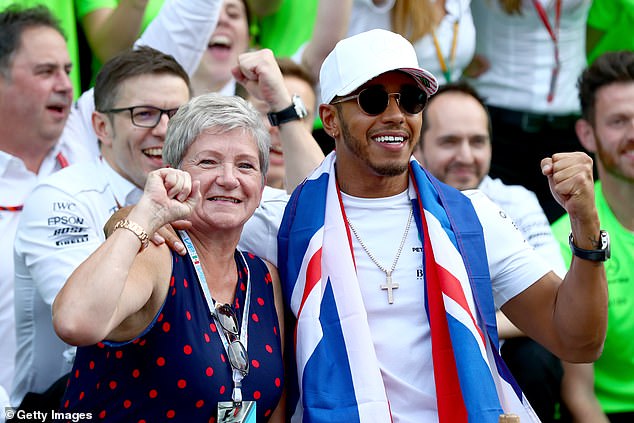 Hamilton had several friends and family including mother Carmen Larbalestier, in New York

Yes, it takes more than mere numbers to make you the greatest. So is Hamilton already the finest driver in history? Would he stand No 1 on my list?

No. For now, that award goes to Juan Manuel Fangio, the Argentinian legend from the Fifties, whose win rate — 24 from 51 races — was astonishing in a dangerous era. But there remains a chance that Hamilton can conclusively settle the issue in his favour before he is done. That is by winning an eighth world title away from Mercedes.

Fangio’s championships came at four teams. Hamilton’s, like Schumacher’s, have come at two.

Hamilton has spoken of his loyalty to Mercedes. But my hope is that he will go to Ferrari and break the final frontier — title No 8. By numbers, by longevity, by sportsmanship, he would then stand supreme.