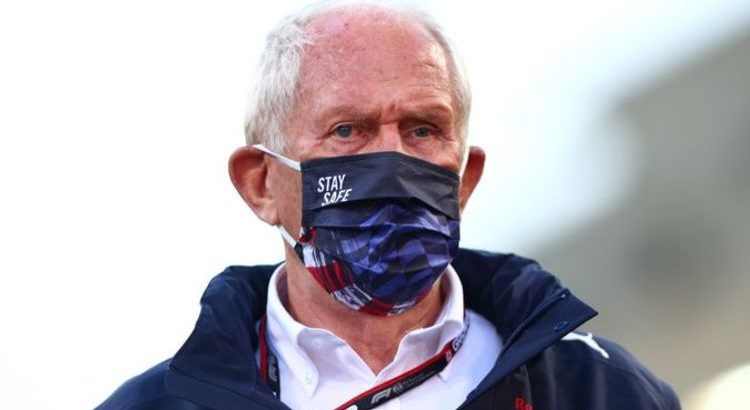 Red Bull advisor Helmut Marko has launched a thinly-veiled dig in the direction of Mercedes for behaving in an unsportsmanlike manner over the course of this year’s Formula One title fight. The Austrian outfit are in with a shout of winning a remarkable championship double this season, with Max Verstappen currently leading Lewis Hamilton by eight points in the individual standings.

Red Bull also sit just five points behind Mercedes in the Constructors’ Championship order and will be hoping to leapfrog the Silver Arrows into top spot before the end of the season.

There are now just two races left to decide this year’s battle for supremacy, with the penultimate round set to take place in Saudi Arabia this weekend.

The season has been dominated by the bitter rivalry between Red Bull and Mercedes, who have been closely matched at the top of the order since the beginning of the campaign.

Tensions between the two teams initially boiled over at the British Grand Prix after Hamilton was deemed to have pushed Verstappen into the barriers at high speed on the opening lap.

The Dutchman was left frustrated and his team attempted to get Hamilton into further trouble by appealing to the FIA after the race.

JUST IN: Mercedes may have ‘secrets’ to give Hamilton advantage over Verstappen

The roles were reversed at the Brazilian Grand Prix earlier this month, with Mercedes launching an appeal after Verstappen escaped punishment for running his championship rival wide as they jostled for position.

Hamilton went on to take the chequered flag in spite of the incident, with Red Bull seemingly left unimpressed by the antics of their German counterparts.

Marko has since accused Mercedes of unsportsmanlike behaviour in their efforts to remain one step ahead of the competition over the course of the year.

“When Mercedes saw that we were equal or even faster, they first came up with flexi-wings and then all sorts of other sham arguments,” Marko told Motorsport.com.

“We took those actions as a very unsportsmanlike gesture and, after that, we also focused on what happens at Mercedes, for example with those wings.

“That all comes with it when the battle is as intense as it is this year and especially when someone is not used to another team being able to offer competition.”

Meanwhile, it remains to be seen whether Red Bull and Verstappen will be able to keep Hamilton and Mercedes at arm’s length over the final two races of the year in Saudi Arabia and Abu Dhabi.

Verstappen will clinch his maiden Drivers’ Championship title if he wins in Jeddah and his British rival finishes in seventh place or lower.

He will also be crowned victorious if he takes second place and Hamilton fails to score a point or crashes out of the race.

However, Hamilton will seal an unprecedented eighth world title if he wins both remaining Grands Prix regardless of what Verstappen does.

The two drivers could also go into the season finale in Abu Dhabi on the same number of points if Hamilton wins with the fastest lap and Verstappen crosses the line in second place this weekend.