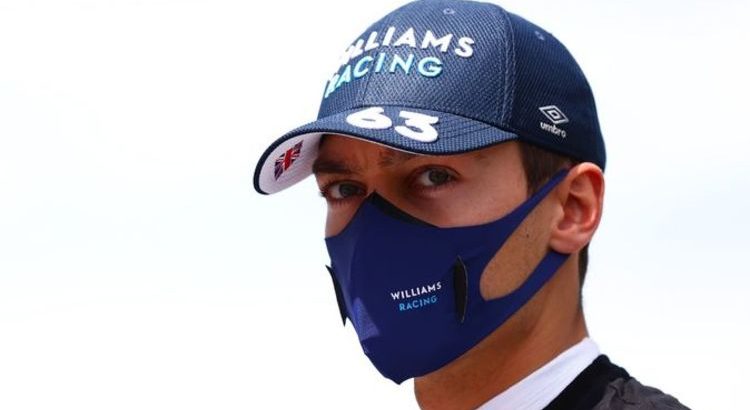 Red Bull advisor Helmut Marko has refused to rule out the possibility of a move for Williams star George Russell ahead of next season, but only if Mercedes decide to retain Valtteri Bottas for at least another year. Russell has been heavily linked with a future race seat at the Silver Arrows after making a name for himself as one of F1’s best young drivers.

The 23-year-old has consistently outperformed his Williams machinery and beaten his team-mate in every single qualifying session to date, with his efforts behind the wheel showcasing his frightening ability and championship-winning potential.

He remains on Mercedes’ books as a junior driver, having effectively been on loan at Williams since making his debut at the start of the 2019 season.

It has been widely suggested that the German outfit will hand Russell a seat for next year to replace Bottas, who has failed to impress as of late.

The Finn will be out of contract at the end of the current campaign and is already facing a monumental battle in catching up to Max Verstappen and Lewis Hamilton at the top of the standings.

Despite Russell appearing to be the obvious solution to Mercedes’ dilemma, Marko has suggested that Red Bull could look to hijack the move and bring the man from Norfolk to their own garage.

JUST IN: George Russell explains Mercedes promise and opens up on links

However, the 78-year-old also declared that he is fully expecting the Silver Arrows to give Russell the call-up, admitting that he would be shocked to see the Williams man snubbed.

“Russell is certainly worth considering with the performances he is now showing at Williams,” Marko told Motorsport-Total.com.

“The only thing is, that’s so Utopian, because if Mercedes let him go, that would be such a faux pas, that I honestly can’t imagine it.”

Marko added that he is anticipating a Mercedes approach for Russell ahead of next season, and when asked if Red Bull will make an offer if the move does not come to fruition, he replied: “If I am informed correctly, then that is not relevant.”

Russell is widely regarded as one of the most talented drivers on the current grid as a result of his age-defying performances over the last few years.

He managed to scrape into Q3 for the first time in a Williams at last month’s Austrian Grand Prix before narrowly missing out on a points-paying finish in the following day’s race.

Williams team principal Jost Capito recently suggested that he would not begrudge Russell for pursuing a move to Mercedes ahead of next year, but stressed that the King’s Lynn native is more than happy with his current surroundings.

“George’s contract ends at the end of the year, a three-year contract that ends,” Capito told Autosport.

“That’s it. He’s free at the end of the year. I think at the moment, he likes being at Williams. He likes working with us.

“He sees where the team is going. He sees the changes we are doing, the approach we are taking. So he’s very supportive and positive about all of that.

“This is all that we can work for and hope for.”