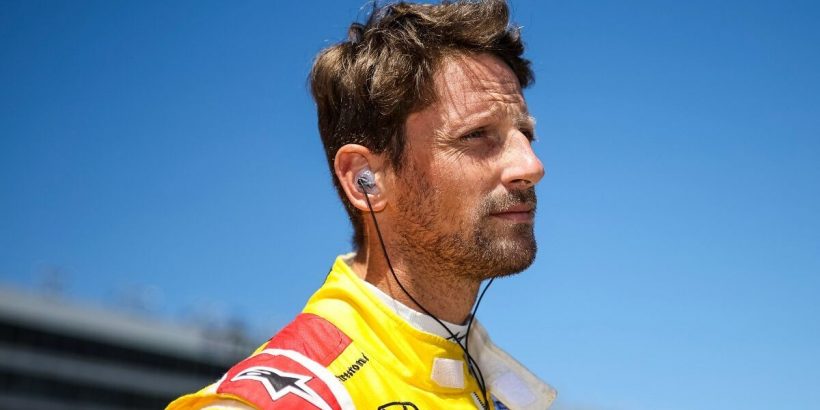 Romain Grosjean has been branded a ‘punk’ by a fellow IndyCar driver, who said the ex-F1 racer has ‘overstayed his welcome’ in the sport. The 36-year-old has been part of the American racing circuit since 2021 when he joined Dale Coyne Racing.

After an impressive rookie year, he joined Andretti Autosport for the 2022 season, and picked up his first podium with the team at Long Beach. He almost took the win from Josef Newgarden before an accident caused by Takuma Sato caused the race to finish under caution.

But during a recent race at Barber Motorsports Park in Birmingham, Alabama, Grosjean was slammed by Letterman Lanigan racer Graham Rahal. During the closing stages of the race, Grosjean slammed into the side of Rahal’s No. 15 Honda not once, but twice as they fought for position on the track.

A furious Rahal fumed to his team on the radio: “This guy’s a punk! He hit me on purpose.” IndyCar commentator Townsend Bell shouted: “Woah! Grosjean hits him twice!” and fellow pundit James Hinchcliffe said: “He aimed for him the second time.”

JUST IN: Lewis Hamilton tells F1 bosses the next ‘good mission’ they should try and complete

Grosjean said on the radio that that Rahal ran into him but Bell and Hinchcliffe quickly dismissed that, addding: “No, that was 100 percent on the 28 (Grosjean) there.” Post-race, Rahal did not hold back on his assessment of the former F1 star. “I knew Romain was going to dive-bomb me,” he fumed. “I’d already been warned that’s what he’s doing.

“I’m just frustrated because this isn’t the first time. In St. Petersburg he hit everybody he could hit. We come here and he hit Rossi, hit Herta, hit me. This guy has overstayed his welcome.”

Grosjean’s teammate Colton Heta was also left frustrated as he found his No 26 Honda being pushed towards the pit wall on the left by Grosjean’s No 28 as he tried to overtake. “It was a hard fight,” Herta told RACER. “I didn’t really like that he moved once I was alongside him, especially for teammates. Once you get to the inside, you open up the line.”

The former Haas racer defended his actions during the race. “Yeah, we touched a couple of times but it was good racing,” he said. “It was tough out there; just, you know, Barber is a very good track but it is very hard to pass.

“If the car in front of you doesn’t have anyone in front then you can try a different line, but they were all in line, so it was quite tricky.” After witnessing the replay, he added: “So, here we touch a bit, and then here we touch again so it’s good racing. I guess it’s IndyCar — wheel-to-wheel action!”