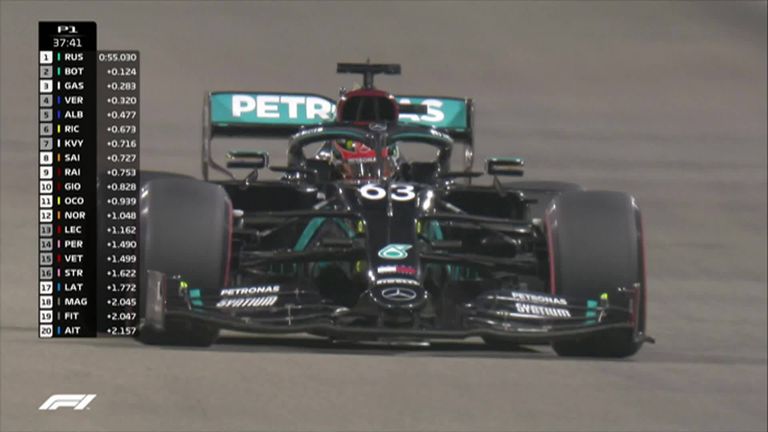 George Russell remarkably set the pace on his practice debut for Mercedes standing in for Lewis Hamilton in Friday’s opening session on F1’s first experience of Bahrain’s fast ‘Outer’ track at the Sakhir GP.

Two days after receiving the call up to replace the seven-time champion after Hamilton’s positive coronavirus result, Russell was driving the 2020 W11 car for the very first time – but showed no signs of needing an acclimatisation process to F1’s fastest and title-winning car.

Outpacing new team-mate Valtteri Bottas by three tenths of a second, as the Finn endured a scruffy session with locking brakes, Russell settled himself in gently to the session as F1 got to grips with its newest layout with a quickest lap of 54.546 seconds. 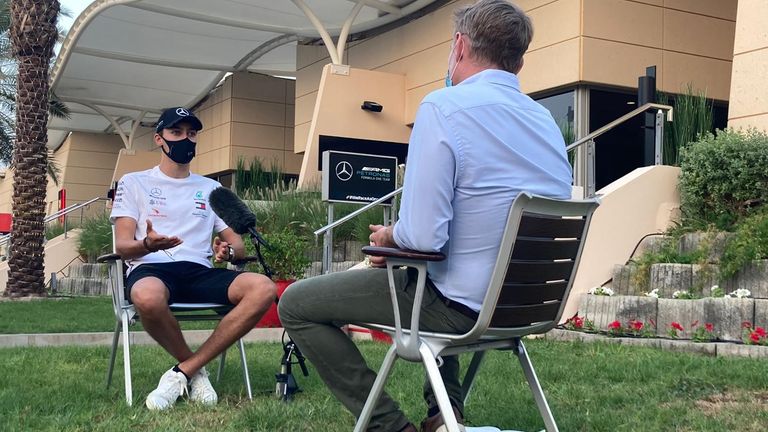 Max Verstappen was second for Red Bull, just a tenth behind Russell, with Alex Albon a further tenth back in the sister car.

But it was Russell’s seamless – and fast – start that made the headlines.

“It’s the start George would have wanted,” said Sky F1’s Anthony Davidson, who also serves as a simulator driver for Mercedes. “He looked like he was at home in the car and I’m impressed so far. But it’s early days.

“He’s off to a good start, although of course there are things still to work on.” 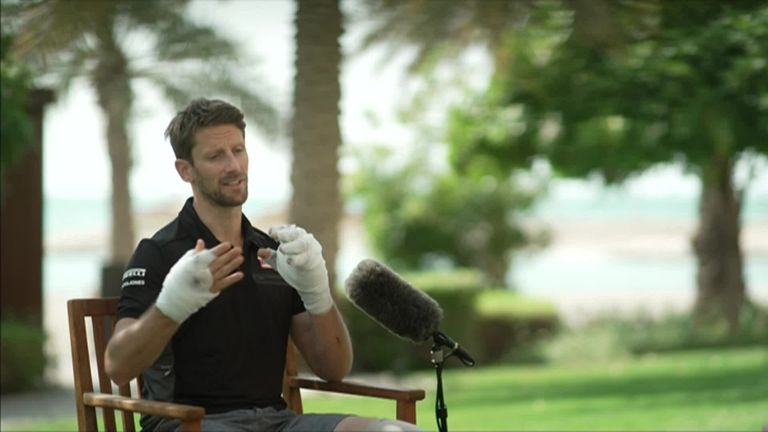 Jack Aitken, standing in for Russell at Williams, and Pietro Fittipaldi, replacing Romain Grosjean after the Frenchman’s fiery crash last week, are making their full F1 debuts and finished 19th and 20th respectively in the opening session.