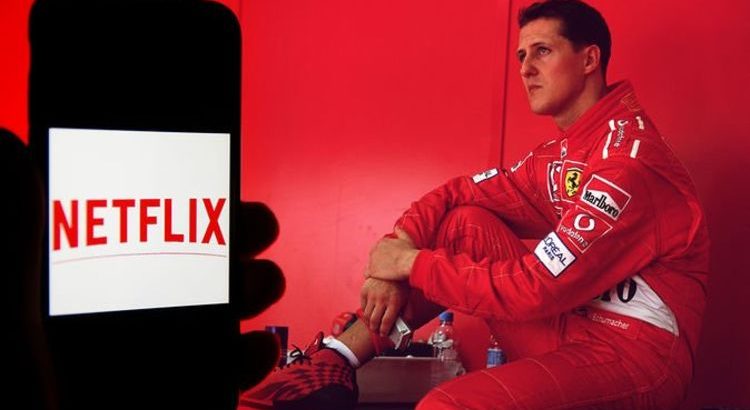 Michael Schumacher is a legend in the world of F1, having been crowned world champion seven times. A devastating accident cut his career short, with Schumacher suffering severe head injuries after a skiing accident in 2013. Now the F1 star spends his days out of the public eye, but his career and early life will be the subject of a Netflix documentary in the coming weeks.

Netflix has now released a trailer for Schumacher, a film which features his son Mick Schumacher – a F1 driver for Haas.

Schumacher will explore the legendary F1 star’s success on and off the track, as told by family, friends and industry experts.

When is Michael Schumacher documentary out on Netflix?

Schumacher is slated for release on Netflix in just a few weeks, available to stream on Wednesday, September 15.

The documentary is one hour and 52 minutes long and Netflix describes it as “Inspiring, Exciting and Feel-Good”.

For fans who have missed Schumacher on the track, the documentary will show his highlights and family life behind the scenes.

In a touching snippet, Schumacher’s wife Corinna says the skiing accident “was just really bad luck – all the bad luck anyone could ever have in their life.”

Corinna also said: “I miss Michael every day. But Michael is here – different, but here. He still shows me how strong he is every day.”

Netflix subscribers will be able to view the documentary as soon as it is out.

Non-subscribers can sign up to the streaming platform from £5.99.

Schumacher follows on from the immense success of Netflix’s Drive to Survive docu-series, which follows F1 teams, managers and drivers across three intense F1 seasons.

The fourth season of Drive to Survive is currently being filmed.

Of the documentary on Schumacher, his press officer and manager Sabine Kehm described it as the “family’s gift to their beloved husband and father”.

She added: “Michael Schumacher has redefined the professional image of a racing driver and has set new standards.

“In his quest for perfection, he spared neither himself nor his team, driving them to the greatest successes. He is admired all over the world for his leadership qualities.

“He found the strength for this task and the balance to recharge at home, with his family, whom he loves idolatrously.

“In order to preserve his private sphere as a source of strength, he has always rigorously and consistently separated his private from his public life.

“This film tells of both worlds. It is his family’s gift to their beloved husband and father.”

With the Schumacher family keeping details of Michael’s health private since the accident, this rare insight into the life of the F1 star has excited fans.

Dozens of supporters have responded to Netflix’s trailer release on Twitter with excitement.

Another said: “Looking forward to this! #F1 superstar, champion and legend.”

While a third wrote: “Can’t wait for this, a driver with abilities that it is honestly hard to describe.

“There’s a reason he is normally in the top 5 lists of best F1 drivers of all time.”

Schumacher is available exclusively on Netflix from September 15.