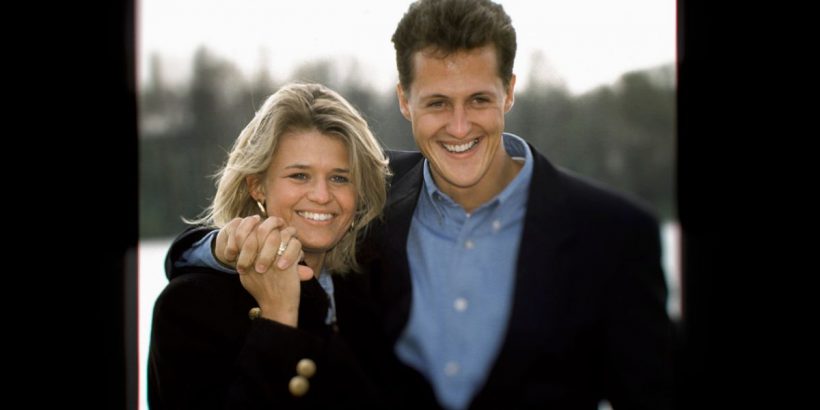 Fans have been keen for updates regarding the health of Michael Schumacher ever since his horror skiing accident in December 2013.

Despite wearing a helmet, the German racer suffered a serious brain injury after falling and hitting his head on a rock while skiing off-piste with his son Mick in France.

He was air-lifted to a Grenoble hospital where he was placed into a medically-induced coma for six months to ease the swelling on his brain that was threatening to kill him.

Schumacher later was allowed to leave for his Lake Geneva home where he is cared for by wife Corinna and a medical team.

Since then, updates have been few and far between, with his wife of 26 years preferring to keep details out of the public eye.

This move has been criticised by some, but with Netflix's 'Schumacher' documentary set to land next week Corinna has opened up on the reason why she has been so protective of her husband's privacy.

"We are trying to carry on as a family, the way Michael liked it and still does," she said. "We live together at home. We do therapy. We do everything we can to make Michael better and to make sure he’s comfortable.

"We are getting on with our lives, 'private is private' as he always said. It’s very important to me that he can continue to enjoy his private life as much as possible.

"Michael always protected us, now we are protecting Michael."

It's easier said than done considering the massive following Schumacher has.

Will you be watching the Michael Schumacher documentary on Netflix? Let us know in the comments section.

He was lightning quick on the track, and set F1 records for the most races won (91) and championship titles lifted (seven) in a glittering motorsport career.

After his breakthrough with Jordan and first titles at Benetton, Schumacher's name became synonymous with Ferrari with five consecutive world title wins between 2000 and 2004.

Netflix's new documentary charts that rise and trophy-laden career before delving into family life following that tragic accident, with some never-before-seen footage.

It is the first such film approved by the family, with many members giving interviews.

Schumacher is released on September 15.