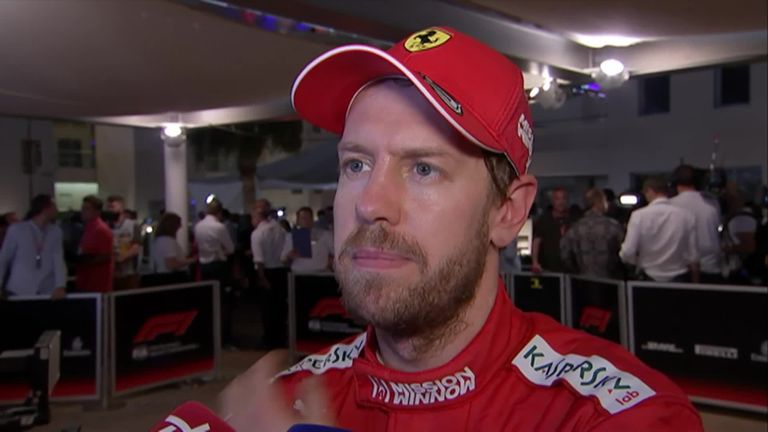 Sebastian Vettel has admitted that he was below-par in F1 2019 and “must do better” next season in order to fight with Ferrari’s rivals.

Vettel, the four-time champion, finished fifth in the drivers’ standings this year, his worst position since 2014, while he was also out-scored and out-qualified by his young team-mate Charles Leclerc.

Hamilton wins Abu Dhabi GP to end 2019 on a high

While Vettel was never likely going to be a title contender due to Ferrari’s package and Mercedes’ dominance, the German still made several high-profile errors in 2019, most notably in Canada, Silverstone and Monza.

“We didn’t have the season we were hoping for, full stop,” Vettel candidly told Sky F1 after the Abu Dhabi GP. “I think the reasons are clear, the lessons are clear, now it’s up to us to take them on board. “

He continued: “I think as a team we must perform stronger, I think as an individual I must do better, I can do better. It wasn’t a great year from my side.

“I don’t think it was as bad as it looks because there were many small things leading to not a great picture in the end but I’m the first one to look at myself and I know I can do better.” Leclerc, in his first year at Ferrari, scored 24 more points than Vettel, while he also beat him in qualifying 12-9. It’s the first time Vettel has lost to a team-mate in those tallies since 2014, when he partnered Daniel Ricciardo at Red Bull.