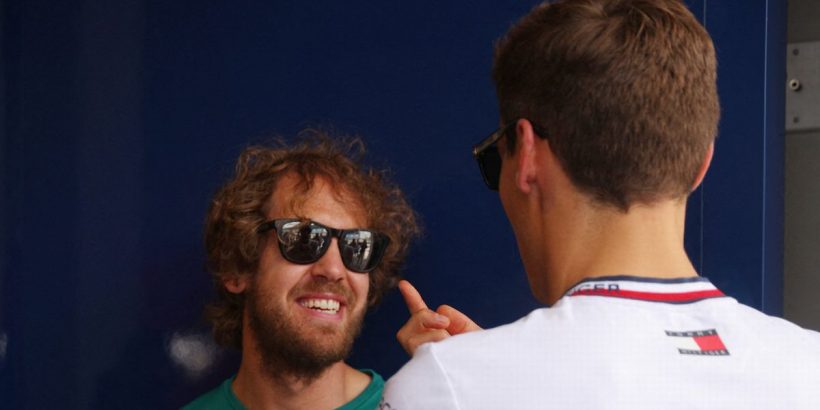 Ex-Formula One champion Sebastian Vettel has been offered an exit route out of the motorsport with a seat in Formula E after expressing doubts on his long-term future.

The ex-Ferrari and Red Bull driver is currently tied to Aston Martin but his deal expires at the end of the season and is widely expected to vacate his position, having been outspoken on environmental issues.

The 43-year-old has endured an underwhelming stint with Aston Martin, with the team continuing to struggle to find their feet in 2022 following the latest round of F1 regulation changes and increasing speculation that Vettel could move away from the sport.

The German recently made an appearance on BBC's Question Time, where he spoke about a wealth of issues including the climate crisis, Russia's invasion of Ukraine and Prime Minister Boris Johnson.

Given Vettel's views, a move to Formula E would align with his values and DS Techeetah Formula E boss Thomas Chevaucher has offered a seat to the experienced driver, saying as per givemesport: "Sebastian is very interested in environmental protection and has climate change in mind, just like we do in Formula E.

"We do not know to what extent he is interested in continuing his career in Formula E, but we would like to give him the opportunity to try out a CO2-neutral racing car." In its eighth season, Formula E has placed huge emphasis on environmentally-friendly cars.

A move to Formula E would be a major coup for the motorsport, who have ex-F1 drivers Jean-Eric Vergne and Pascal Wehrlein on the grid, and would push the motorsport closer to Formula One – with vast expectations a close partnership will need to be agreed in the near future.

HAVE YOUR SAY! Will Formula One be fully electric in the future? Comment below.

F1 has plans to go carbon neutral by 2030 and is widely tipped to go all-electric further down the line, which will require an agreement with Formula E as they have an exclusivity on a fully EV and hydrogen single-seater championship until 2039.

Formula E founder Alejandro Agag has expressed his personal belief that the two series will overlap in the future, stating that F1 has 'no other option' than to go fully electric in the future – although this is merely a personal view.

Last year, Jean Todt, then president of the FIA declared that fully electric cars in Formula One were 'simply not possible' due to the length of races, with the distance greater than a single battery can manage without recharging.