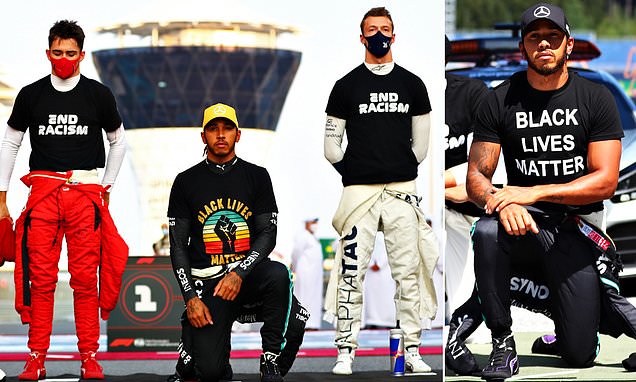 Formula One bosses have issued new guidelines that do not require drivers to take a knee before each race — a move backed by Sir Lewis Hamilton.

The seven-time world champion campaigned for the grid to make the symbolic anti-racism gesture unanimous last year, only for several drivers to remain standing.

That untidiness was addressed at a meeting between new F1 chief executive Stefano Domenicali and the drivers during pre-season testing, where a new approach was agreed. 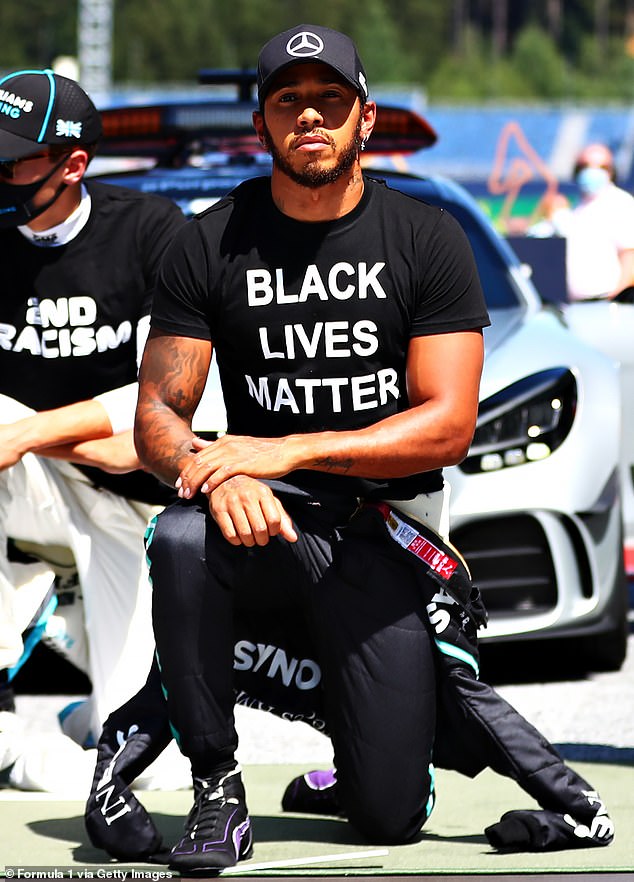 The teams have now been told that starting in Bahrain, where the first race of the season will be held on Sunday, drivers will be allowed to make their own gestures — or none — in support of the sport’s ‘WeRaceAsOne’ initiative.

Last season’s ‘End Racism’ slogan will be done away with as the sport seeks to broaden its diversity message.

An F1 insider has confirmed that drivers can kneel or stand or bow their heads as they stand collectively behind the ‘WeRaceAsOne’ banner. 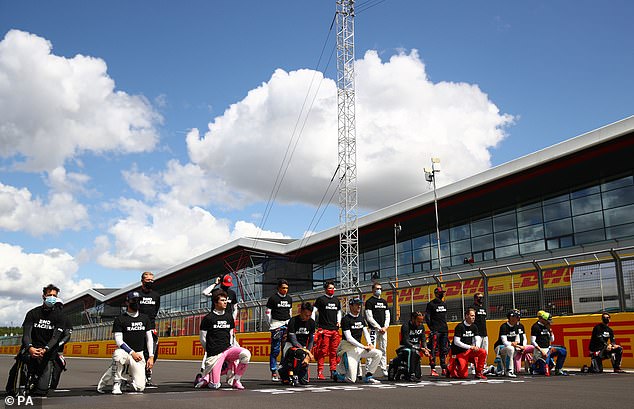 Some drivers had felt uncomfortable taking a knee for cultural or personal reasons, though all wore ‘End Racism’ T-shirts, which are also being done away with for 2021.

Hamilton (above) said: ‘I don’t think it’s the most important thing for everyone to kneel. It’s what we do in the background that counts, making a positive change. We will see how we can work together so the sport takes more of a lead.’

It is understood the Mercedes star wants to work with F1 in harness with the ‘Hamilton Commission’ he set up last year to see how opportunity can be extended to minority groups.