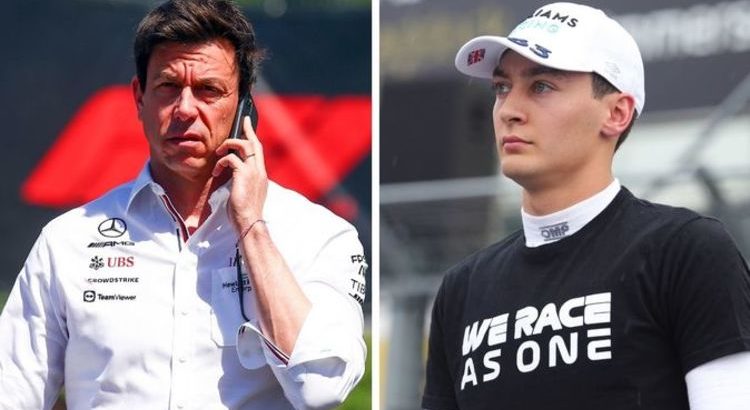 Mercedes boss Toto Wolff has hinted the team is looking towards “a group of very good and young drivers” as it plans for the future. Lewis Hamilton will remain with the team for two more seasons, but the question of who his teammate will be remains unanswered.

Valtteri Bottas is fighting for his future with the Silver Arrows, with the team weighing up who the best option would be to partner the seven-time world champion Hamilton in 2022.

It has been whispered that Mercedes might try to entice Max Verstappen from Red Bull, to form a formidable line-up of the two drivers who are miles ahead of the rest of the pack in this season’s title race.

When asked recently if the team had considered trying to convince the Dutchman to switch allegiances, Wolff said he was looking at several young stars of the sport.

He told Motorsport.com: “You always look at the group of drivers who could be in a Mercedes in the future.

JUST IN: Rosberg ‘locked himself in a hotel room’ during Hamilton rivalry

“Max is definitely a fantastic star for the future, but he’s not the only one.

“I see a group of very good and young drivers coming in who are not yet in a machine that can be won. It will be good to see how that unfolds.”

While he wasn’t mentioned by name, Williams star George Russell is certainly one of those who Wolff regards as a starlet in the sport.

The Williams man has long been on Mercedes’ radar and impressed when called up to replace Hamilton at the Sakhir Grand Prix last year, where he looked set for a maiden F1 win until a pit-stop error and a puncture ended his victory hopes.

And he’s not the only former Mercedes junior who may be considered – Esteban Ocon was a part of the team’s driver development programme until he joined Renault, and is now an F1 race winner after taking the chequered flag at the Hungarian Grand Prix for Alpine.

If Russell is given a permanent seat in a Mercedes from next season, the suggestion is Bottas may go the other way to Williams, where he spent four years before he got the call from Wolff.

However, recent comments from the Austrian have hinted that two other racing stars on Mercedes’ books could be in contention for a place on the grid in 2022.

Formula E racers Nyck de Vries and Stoffel Vandoorne “have the talent and the work ethic and the intelligence” to make the step up to F1, according to Wolff.

While it’s unlikely one of them would be thrust straight into a seat at Mercedes, if Russell were to join Hamilton at the Brackley-based team and Williams looked to one of the Formula E pair for his replacement, it might be difficult for Bottas to secure a drive.