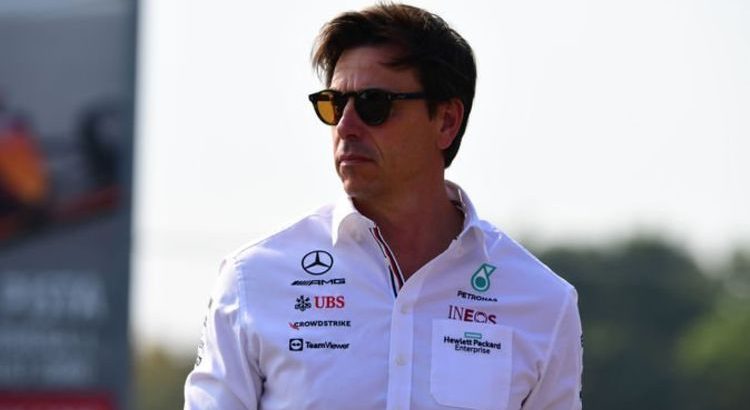 Mercedes boss Toto Wolff has given his response to Lewis Hamilton’s radio rant at Sunday’s Turkish Grand Prix. Hamilton dropped two places to finish fifth after changing his tyres in the closing stages of the race.

Hamilton had started the Grand Prix in 11th place but had battled his way to third before Mercedes chiefs ordered the driver into the pits – a request which Hamilton initially refused.

“It feels like we should stay out,” Hamilton said over his radio, before adding, “I’m going to stay out.”

But after losing grip, the Briton yielded and had a new set of intermediates put on his car on lap 51 of 58.

The change saw Hamilton lose valuable seconds as he eventually had to settle for just 10 points.

“We shouldn’t have come in,” Hamilton hissed over his radio as he saw his hopes of a podium finish dashed. “Massive graining man. I told you.”

Following the rant, Wolff has claimed that the team had “no problem at all with tough conversations on the radio.”

“Obviously we wouldn’t speak like this to Lewis, because he’s driving a car at 320 kilometres per hour,” Wolff said.

“But that’s all okay, absolutely. We are totally aligned – we’ve been in this together eight years.

“We have thick enough skin to understand that a driver in the car is frustrated about the situation, that he will understand afterwards.

“I think we just need to work on the communication to trust each other – and in a way be able to describe what we are aiming for.”

Despite the tension between Hamilton and his team during the race, the driver has declared that too much has been read into the exchange.

“I’ve seen some of the press this morning which has made a bit too much of the incident in yesterday’s race of when to pit,” Hamilton wrote on Monday morning.

“It isn’t true to say I’m furious with my team.

“As a team we work hard to build the best strategy possible but as the race progresses you have to make split decisions there are so many factors constantly changing.

“We live and we learn. We win and we lose as a team.

“Don’t ever expect me to be all polite and calm on the radio when I’m racing, we are all very passionate and in the heat of the moment that passion can come out, as it does for all drivers.

“My heart and spirit are out there on the track, it’s the fire in me that’s got me this far but any angst is quickly forgotten and we talked it through, already looking ahead to the next race.

“Today’s another day to rise as a team. Still we rise.”