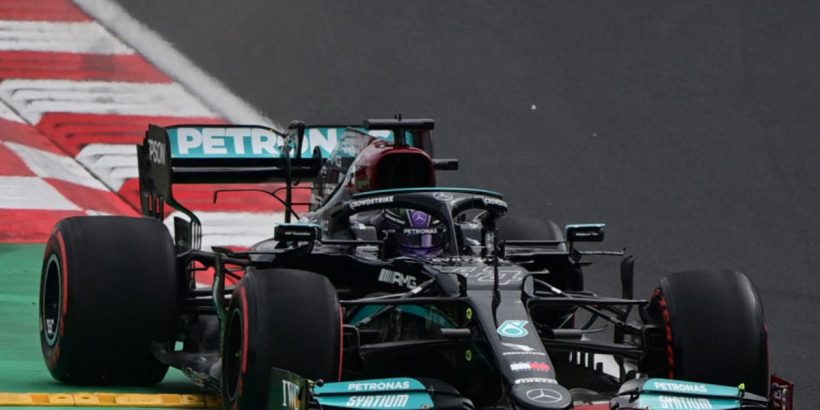 Follow all the action from the Turkish Grand Prix as Lewis Hamilton and Max Verstappen resume their razor-tight race for the world championship.

An increasingly acrimonious rivalry between the pair sees Hamilton lead the standings by just two points, but he will have to come from behind to maintain that advantage this afternoon. The seven-time world champion was handed a 10-place grid penalty after Mercedes replaced his Internal Combustion Engine for a fourth time this season, one more change than is permitted under Formula One regulations. It means that Hamilton will start from eleventh on the grid, having been the quickest in qualifying. His Mercedes teammate, Valtteri Bottas, inherited pole position having finished 0.13 seconds behind the Briton. Verstappen will start in second on the grid with Ferrari’s Charles Leclerc third.

Despite his superior speed, Hamilton was wary in his analysis of his chances. “Tomorrow will be difficult but I will give it everything,” he said. “It is not the easiest overtaking at the moment and we are all on the same tyres.” Meanwhile, Verstappen said he was “pretty happy” with the Red Bull’s performance in qualifying, despite admitting they did not have the pace to compete with Mercedes in Istanbul. Follow latest updates from the race below:

Tyre strategy will be vital

The sky at Istanbul Park is covered in an intensely thick level of dark grey cloud which suggests we won’t be seeing the sunshine at any point during this race.

That means that the surface of the circuit will struggle to dry out quickly and it could mean a late switch to dry tyres is necessary.

If that is the case, timing will be crucial and the drivers who can read the changing conditions best will be the ones who make a success of their race.

Drivers head to the grid on intermediate tyres

The pitlane is open and drivers are tip-toeing their way around the circuit as they line up in grid order.

All cars are currently on intermediate tyres and the spray kicked up by Max Verstappen’s Red Bull is a sure-fire indication that there is no chance of starting on dry tyres.

Valtteri Bottas has a couple of twitchy moments on his tour around the track, and the start is going to be immensely difficult for all 20 cars here.

Ricciardo and Sainz out of position

It’s not only Hamilton who will be looking to make significant gains right from the start.

Daniel Ricciardo was knocked out in Q1 on Saturday after timing his final run badly and will start in 15th, while Ferrari’s Carlos Sainz starts from the very back of the grid after taking a full engine change ahead of this Grand Prix.

Both drivers will still be aiming to reach the top ten in order to score points, but overtaking the slower cars in treacherous conditions could prove very tricky indeed.

Damp track could cause havoc at turn 1

The Istanbul Park circuit is currently damp after consistent showers throughout the morning, and we saw how the changeable conditions caused significant problems for all drivers in yesterday afternoon’s session.

We already have a shaken up grid order, here, and a moist track could catch plenty of cars out into the heavy braking zone of turn 1.

Bottas not in the mood to help Hamilton

Hamilton’s team-mate Valtteri Bottas starts on pole, meanwhile, and is concentrating on his own race rather than assisting his colleague’s title fight.

The Finn told Sky Sports after qualifying: “Not easy conditions. Q1 was a bit on the edge with the damp. The last lap I missed a bit in the final sector with understeer. I’m on pole, and that should be good. I’ll focus on my own race tomorrow. I think that’s the way to go.”

Speaking in his post-qualifying interview yesterday afternoon, Hamilton talked through his battle plan to try and make it to the podium in Turkey.

“My eyes are still solely set on winning the race,” he said. “It’s going to be hard from P11 but I’m staying on my toes and going maximum attack from the start.

“I’m just going to take it one step at a time tomorrow. It’s a long race, I have to stay out of trouble. That will be my priority initially, and then try to pick them off one by one.”

Lewis Hamilton is starting in 11th place this afternoon, despite being the fastest man around Istanbul Park in qualifying yesterday, thanks to a ten-place grid penalty for changing a component in his Mercedes power unit.

With Max Verstappen starting second, the seven-time world champion needs to cut through the field as quickly as he possibly can in order to ensure the Dutchman doesn’t take a sizeable Drivers Championship lead into the next round in the United States.

Welcome to The Independent’s live coverage of the Turkish Grand Prix where Lewis Hamilton will need to come from behind on the grid to maintain his slender lead in the championship over Max Verstappen.