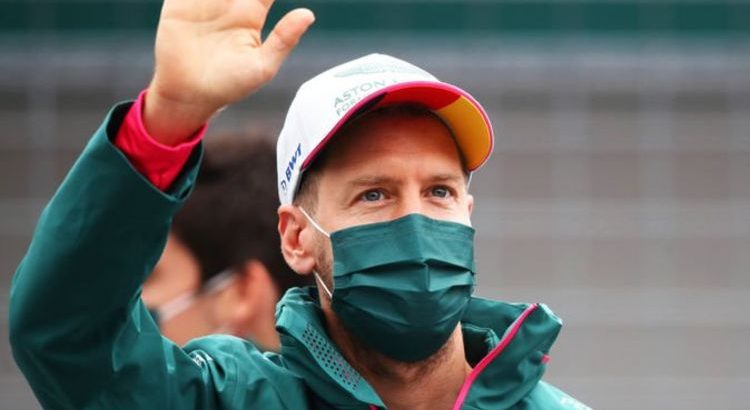 F1: Vettel insists he can win races at Aston Martin

A qualifying incident between Sebastian Vettel and Fernando Alonso could have ended ‘very badly’, according to former Mercedes boss Norbert Haug. The near miss put both drivers in a less than ideal position ahead of the Austrian Grand Prix last time out.

Alonso was on his final hot lap of Q2 before encountering Vettel who was travelling significantly slower due to a queue of cars in front.

In technically impeding the Spaniard, Vettel was handed a grid penalty which saw start in 11th instead of eighth on race day.

Meanwhile, Alonso had to settle for a hugely disappointing 14th on the grid, despite posting the third fastest time during Q1.

Recognising the potential severity of the situation, Haug told SPORT1: “The most dangerous of all are situations like this.

JUST IN: George Russell weighs in on whether Lewis Hamilton F1 success down to Mercedes car

“If Alonso had met Vettel, it could end very, very badly.

“I think you really have to devote yourself to this bad habit, this slow train. Otherwise it will go wrong. It’s no fun.”

Understandably, Alonso was hugely frustrated that he could not build on his momentum from Q1 in the aftermath of qualifying.

He told Sky Sports: “It’s very confusing. It has to be common sense, it has to be harsh penalties because it’s not right what happened today.

“Very frustrating to lose a lot of points tomorrow. Now we have a race that we can forget starting 14th. It’s over.”

Although the Spaniard was clearly pessimistic about his race prospects in the wake of qualifying, he did manage to land himself in the points by finishing 10th.

The 39-year-old did so at the expense of George Russell, prompting an acknowledgment that it made him ‘a little bit sad’ to deny the youngster his first Williams points.

Vettel and Alonso were both directly involved in the incident, but neither man showed any animosity towards the other in the aftermath.

The German said: “I only saw him very late, so there was not much I could have done and I think it’s the fault of the drivers ahead that just keep jumping the queue.

“I don’t think that’s right and it’s not what we agreed on.”

Clearly, both drivers instead pointed the finger towards the supposed gentleman’s agreement which states drivers should follow each other in a queue for their respective turns to push for a hot lap.

Instead, drivers had overtaken Vettel to gain track position for themselves which was generally seen as the root cause of the incident.

Thankfully, neither man was hurt, although Haug is correct in stating that it could have ended in a much, much more serious manner.