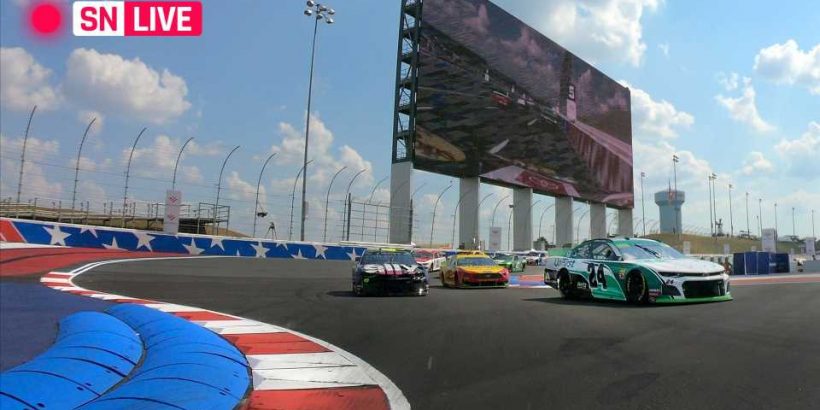 There will likely be chaos Sunday as 39 cars line up for the final race of the NASCAR Cup Series playoffs Round of 12.

The Bank of America ROVAL 400 on Charlotte Motor Speedway’s road course will be the last opportunity for 11 of the 12 playoff drivers to advance to the Round of 8. Denny Hamlin qualified after his win in Las Vegas two weeks ago. He leads the playoff standings with 3,116 points. Kyle Larson dropped to second after suffering a crash at Talladega. He trails Hamlin by 19 points.

Chase Elliott, who is seventh in the standings, has won on Charlotte’s 2.28-mile course each of the past two years. Another win by him Sunday would give Hendrick Motorsports the perfect boost. The team has earned just one win in the playoffs (Larson) and two Hendrick drivers face elimination. William Byron and Alex Bowman are both outside the top eight.

As the playoffs become more competitive, chaos ensues. Monday’s weather-shortened race at Talladega, which was won by non-playoff driver Bubba Wallace, increased the likelihood of chaos Sunday at Charlotte.

Sporting News is tracking live updates and highlights from NASCAR’s playoff race Sunday. Follow for complete results from the Bank of America ROVAL 400.

2:42: Bell gets a penalty for speeding on pit road.

2:41: Christopher Bell comes into pit road early for tires with no fuel. Hamlin leads the pack into pit road ahead of the competition caution.

2:38: Almirola takes a hit and goes for a minor spin, but goes to the back of the pack.

2:20: Engines are fired ahead of the green flag.

2:10: The flyover kicks off the starting procedures at Charlotte Motor Speedway.

1:45: Drivers are being introduced ahead of this afternoon’s race. Here’s one of the most popular in Charlotte.

1:30: NASCAR confirms that Garrett Smithley is headed to the rear after multiple tech failures.

How to watch NASCAR at Charlotte

Snider, Dave Burns and Parker Kligerman will be the pit reporters. Rutledge Wood will provide additional reporting during the race.

Denny Hamlin moved into the lead in the standings with a seventh-place finish at Talladega. He passed Kyle Larson, who dropped to second after a 37th-place finish brought on by a wreck. Larson also lost a lot of his cushion between his place and the playoff cut line. He’ll enter Sunday 22 points ahead of ninth-place driver Kevin Harvick.

The playoff bubble has a lot of pressure on it after Talladega. The difference between sixth place (Ryan Blaney) and ninth (Harvick) is just 15 points. Between the bunched standings, the fact that 11 of the 12 drivers are still fighting for a Round of 8 spot and the Roval’s history of wrecks, Sunday promises more chaos before NASCAR reduces the playoff field by four drivers.

Here is the complete NASCAR starting lineup for Sunday’s playoff race at Charlotte Motor Speedway, the Bank of America ROVAL 400. Playoff drivers are denoted by a “P” next to their names.