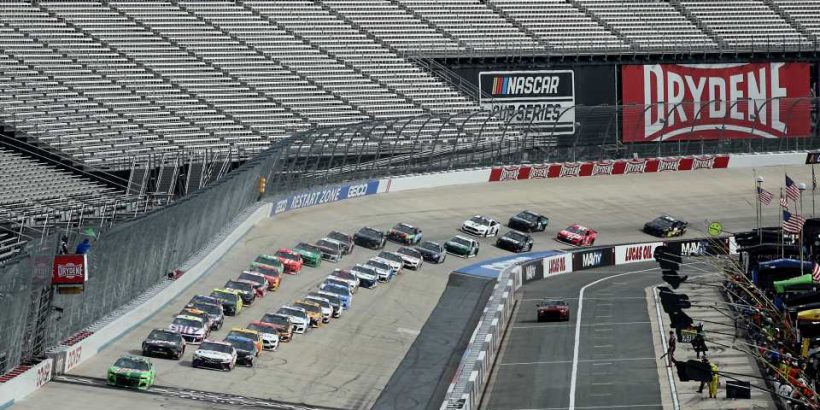 The starting lineup for Sunday’s NASCAR Cup Series race at Dover International Speedway was set by applying the statistical formula NASCAR is using for the majority of the series’ races in 2021.

NASCAR is conducting qualifying and practice for just eight Cup Series races in the 2021 season. The next qualifying session will take place prior to the May 23 event at Circuit of the Americas, a road course outside Austin, Texas.

Below is the starting lineup, which was set without qualifying, for Sunday’s NASCAR Cup Series race on Dover’s 1-mile oval.

Who won the pole for the NASCAR race at Dover?

Martin Truex Jr. was tabbed to lead the field to green for the Drydene 400 based on the mathematical formula. Truex is coming off his third win of the season, a dominating performance at Darlington last Sunday. He is the only driver to win more than once in the Cup Series in 2021.

Truex also gained the No. 1 pit stall, which is a valuable piece of real estate at Dover because track position is highly important on the Monster Mile.

NASCAR used a mathematical formula to set the starting lineup for Sunday’s race at Dover International Speedway, the Drydene 400, without qualifying.