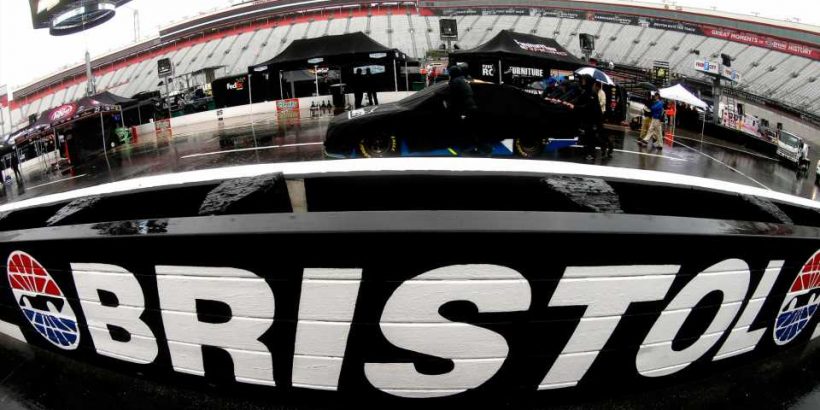 NASCAR is holding a throwback weekend at one of its most storied tracks.

Cup Series cars will be racing on dirt for the first time in more than half a century when the green flag drops for the Food City Dirt Race at Bristol Motor Speedway on Sunday. The last Cup dirt race was Sept. 30, 1970, at the North Carolina State Fairgrounds in Raleigh.

Here’s everything you need to know about the Food City Dirt Race at Bristol, including lineups for the heat races, rule changes and modifications to the cars.

Why is NASCAR racing on dirt at Bristol?

NASCAR saw how popular the Truck Series’ annual dirt race at Eldora Speedway was and decided to have Cup cars race on the surface, as well. Bristol is a fitting place to take a trip down memory lane; the track is beloved by fans and racing people, and the facility is marking its 60th anniversary this year.

Of course, dirt was the racing surface of choice during NASCAR’s earliest days.

“This isn’t new to NASCAR,” Fox analyst Clint Bowyer told the Bristol website. Bowyer will be part of the broadcast team for the race. “This is back to where we came from. I think that’s something to stay focused on and remember as well. This isn’t just completely thrown out of nowhere. This is something our past and our history was part of.”

NASCAR canceled the Eldora dirt truck race last year because of the COVID-19 outbreak and then moved the race to Bristol. The Truck Series will hold another dirt race in July, at Knoxville (Iowa) Raceway.

How does qualifying work?

Qualifying for the Bristol dirt race will consist of four 15-lap heat races run consecutively on Saturday. NASCAR divided the heat-race fields almost evenly among the 39 cars that are entered for the main race: three 10-car fields and one nine-car field. The starting lineups for each heat were determined by a random draw, in order of the driver point standings.

NASCAR will use a two-part point system to set the starting lineup for the main race.

The first part is finishing order in the heat races. The winner of each heat will receive 10 points while the 10th-place driver will receive one point.

The second part is the number of positions a driver gains in a heat race. Drivers will receive one point per position gained and will not have points deducted for losing positions.

The two point totals will be added to determine an overall point total. Ties will be broken by position in the current owner point standings.

These qualifying points are strictly for setting the starting lineup. They will not be added to a driver’s season point total.

The Cup Series race will cap a full weekend of dirt racing in Thunder Valley. The Camping World Truck Series will race at Bristol on Saturday (heats and main) prior to and after the Cup heat races. Each series will have two practice sessions Friday.

The change in surface required changes to the cars, mostly on the exterior. Viewers will be able to spot the differences.

For starters, the front splitter overhang is gone. A contraption called a debris deflector may show up on some cars’ hoods. Teams can cover ducts with screens or other materials to prevent dirt from getting into them. The rear spoiler will be larger than it usually is for short-track races. Cars can be reinforced along the sides and in high-stress spots such as the deck and steering arm.

Racing fans expecting to see cars drift through turns will be disappointed. As Fox Sports’ Bob Pockrass noted, NASCAR decided against installing suspensions that would have made the cars more nimble because of the cost to teams.

“They don’t drive anything like what I’m used to with a sprint car, midget or now a dirt late model,” said Hendrick Motorsports driver Kyle Larson, who drove a late model to two second-place finishes last weekend at the Bristol Dirt Nationals. “These cars are way heavier and have a lot less horsepower than I’m used to on a dirt track.”

Bristol dirt race laps, format and other rules to know

The Bristol Cup Series dirt race is scheduled for 250 laps (133.25 miles), or half the usual number of laps for a Cup race on Bristol’s concrete track. The race will be divided into three stages: 75, 75 and 100 laps. Drivers won’t need to stop for fuel during any stage.

And pit stops will be limited anyway. They’ll only be allowed during breaks between stages or if a car is involved in an incident. Teams will have the option of not pitting at all during a stage break. Drivers who stay out will start at the front of the field on restarts. Cars will not be allowed to race onto or off pit road, which remains concrete. Positions will not be gained or lost during stops.

NASCAR says the procedures for entering and exiting pit road will be similar to how pit stops took place at the Eldora truck races. NASCAR is setting all these conditions in the name of safety.

Though NASCAR is racing on a short track this weekend, there will be no “choose” rule, which allows drivers to choose the inside or outside lane on restarts. As NASCAR.com puts it, “The difficultly of maintaining an orange ‘V’ on the dirt-racing surface was a key determining factor of this decision.”

Material from the NASCAR Wire Service was used in this report.