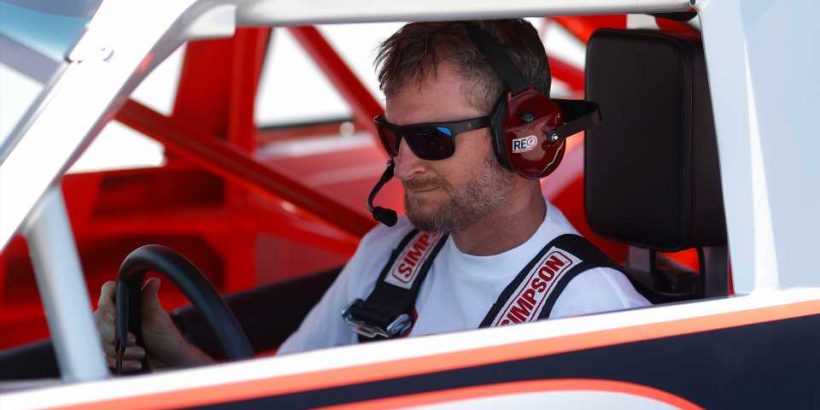 Dale Earnhardt Jr. will be stepping out of the NBC booth and back into a car on Saturday.

Earnhardt will be driving in the JR Motorsports No. 8 “United for America” Chevrolet in the Go Bowling 250 (2:30 p.m. ET, NBCSN), the penultimate race in the NASCAR Xfinity Series regular season before the start of the playoffs on Sept. 25. Earnhardt will start 30th at Richmond Raceway, four spots below his nephew, Jeffrey Earnhardt.

“Junior” has been out of racing full-time since 2017, so why is he going to be back in a car on Saturday? Let’s break down his return to racing.

Why is Dale Earnhardt Jr. racing on Saturday?

Since his retirement from the NASCAR Cup Series in 2017, Earnhardt has annually competed in one Xfinity Series race for JR Motorsports, the team he co-owns with his sister, Kelley Earnhardt Miller, and Rick Hendrick. He raced in the 2018 Go Bowling 250 at Richmond Raceway (fourth-place finish), the 2019 Sports Clips Haircuts VFW 200 at Darlington Raceway (fifth) and the Contender Boats 250 at Homestead-Miami Raceway in 2020 (fifth).

Following the end of the Go Bowling 250, he is going to head back up to the broadcast booth to call the NASCAR Cup Series playoff race, the Federated Auto Parts 400 Salute to First Responders, which starts at 7:30 p.m. ET.

Earnhardt is partnering with Unilever and the United for America initiative to honor the lives lost and the efforts of first responders on 9/11.

“The paint scheme highlights both the United for America campaign, as well as the 9/11 Memorial and Museum’s Tribute in Light,” Earnhardt said. “The tribute in light is a solemn tradition that began in 2002 and continues to this day and pays tribute to all those who were lost. It’s truly special to me to be able to come together with Unilever on this anniversary of the Sept. 11 attacks to pay tribute to all those who were lost and honor the promise to Never Forget.”

Earnhardt added that we still face challenges “that test the resolve of our nation,” which makes the lessons from 9/11 as important today as they were 20 years ago.

How to watch Dale Earnhardt Jr. in the Go Bowling 250

One of the most popular NASCAR drivers of all time, Earnhardt will be starting his race at 2:30 p.m. ET. NBCSN will provide coverage of the race, though viewers can also stream it on fuboTV, which offers a 7-day free trial, or on Peacock, NBC’s streaming platform.