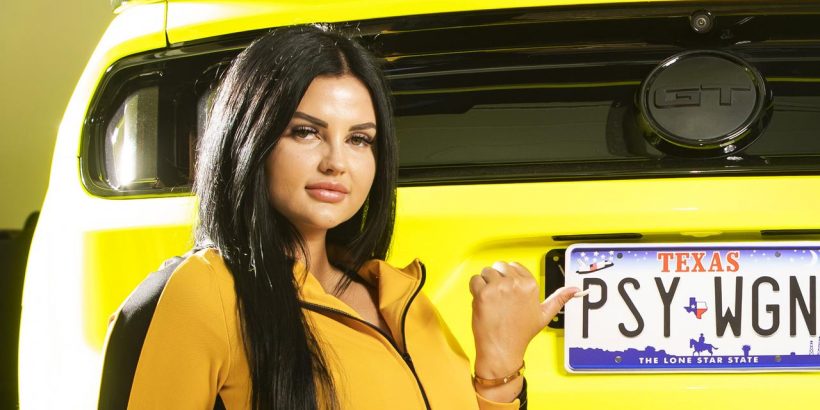 The former V8 Supercars poster girl will use the money to buy her own team, as part of a plan to race at next year’s iconic Bathurst 1000.

“I am looking to buy my own team,” Gracie told the Daily Telegraph.

“I get offers every second day to go and race in somebody else’s car.

“There are lots of opportunities and options keeping the hope and the dream alive, but I would like to do it myself.”

Gracie will lobby to gain a wildcard entry into the Bathurst 1000, allowing her the luxury of not having to compete at the other Supercars rounds.

The sport gives out between two and four wildcard entries every year, which are usually given to rookies, retired legends or as a strategy to attract large crowds.

“I think it is completely possible that I would be considered for a wildcard,” Gracie said.

After starting in go-karting, the 26-year-old raced in the 2013 and 2014 Porsche Carrera Cups before graduating to the Dunlop Supercars.

The all-female pair finished 21st in 2015 and 14th on their second attempt.

Gracie quit racing after a season in the Super2 series, ending her six-year career as a professional race car driver.

Gracie’s latest ambition to return to V8 Supercars comes just days after OnlyFans announced it will be banning creators from sharing sexually explicit material in the coming weeks.

The website swelled in popularity during the global coronavirus pandemic, with musicians and artists as well as sex workers taking to the platform to make mega bucks.

Now cashed up, Gracie argues giving her a wildcard would be just what V8 Supercars needs to revive a “boring” sport.

“I don’t think anyone in Australia would be able to generate the interest that I would attract,” she said.

“It would be huge. V8s is pretty boring at the moment – I haven’t been able to get through an entire race this year.

“I turn it off after a couple of laps because it is repetitive and not much is going on.

“The sport was much better four or five years ago in terms of action.”

Gracie believes having a female driver in the line-up again would be a major coup for V8 Supercars.

“I think it would be a once in a lifetime opportunity for the sport.

“I definitely think I am capable of a top 10 (at Bathurst).

“I would be as good as I was as I left. While I don’t think I could win I could certainly battle away in the mid-pack and rustle some feathers.”

While Gracie would like to have her own Supercars team, the lofty goal will hit her hip pocket hard.