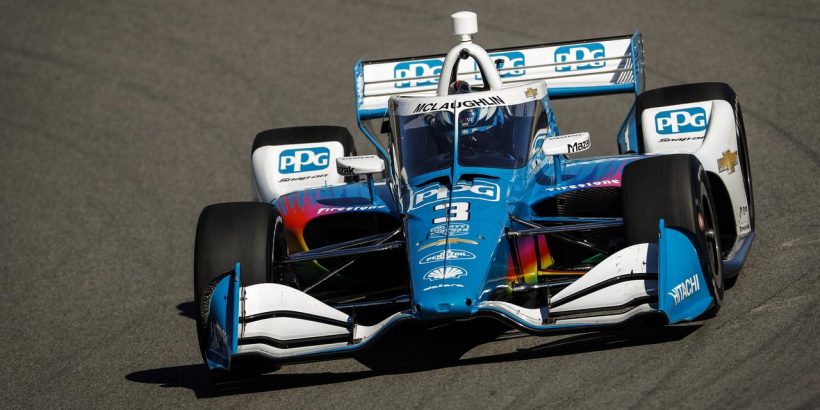 Supercars champion Scott McLaughlin has impressed in his debut IndyCar race at the Indy Grand Prix of Alabama.

The Kiwi had to dodge disaster on the first lap of the race when multiple cars were wiped off the track in a wild crash just 20 seconds into the race.

The massive crash, sparked by Josef Newgarden spinning out, resulted in Felix Rosenqvist, Ryan Hunter-Reay, Colton Herta and Max Chilton all retiring after the incident.

McLaughlin came through the early carnage to jump up to ninth spot after starting the race from 12th on the grid.

He slipped back to 14th by the end of the race, but picked up 16 championship points for Team Penske.

Scott McLaughlin is making a fast start in his new career.Source:Supplied

His performance has sparked interest in his emerging battle with former Formula 1 driver Romain Grosjean, who made the move to IndyCar this year after leaving Haas at the end of the 2020 Formula 1 season.

Grosjean finished P10 in his debut race, setting up a rivalry with McLaughlin for the Rookie of the Year honours.

Grosjean famously walked away from a fireball crash in Bahrain last year in one of the scariest crashes Formula 1 has seen in recent years.

Aussie Will Power, meanwhile, finished second behind Alex Palou in a battle that came right down to the wire.

Palou won his first ever IndyCar race, finishing just 0.4 seconds ahead of Power.

McLaughlin crossed the line more than a minute behind Palou after having to pit three times during the race.