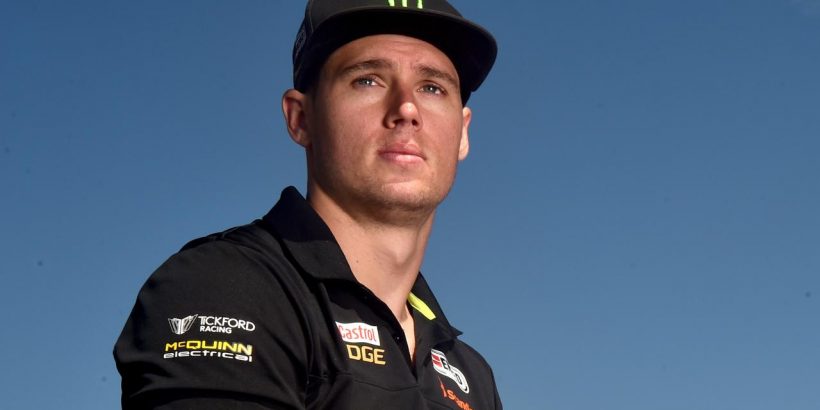 Ford ace Cameron Waters has warned Supercars “can’t afford to stuff up” its Gen3 project as he expressed doubts over whether the new machines will be ready in time for next year.

As uncertainty over the progress of the next-generation Gen3 program grows, last year’s championship runner-up said the category had to make sure the project was done properly and didn’t “rush it through”.

But Supercars commission member and Triple Eight Race Engineering co-owner Jamie Whincup moved to ease concerns over the project’s 2022 launch, saying everything was moving “to make Gen3 happen next year”. Supercars chief executive Sean Seamer said at the start of the season the target was to have prototypes of the Gen3 cars ready to test by mid-year.

But as this timeline approaches, the only major reveal of the new Gen3 car has been the metal skeleton of the Triple Eight Race Engineering-built Camaro chassis last month.

Waters, second to Scott McLaughlin in last year’s title fight, said the lack of information over the Gen3 rollout had him doubting if it was going to happen in time for the start of the 2022 championship.

“I’m in two minds, I’m not sure if it’s going to happen or not,” the Tickford Racing star said.

“I think they need to make sure they do it properly and not rush it through.

“I’m not really sure where they’re at, no one has got any information on it to be honest.

“They just can’t afford to stuff it up. Cameron Waters is concerned with the lack of information about the Gen3 product.Source:News Corp Australia

“I am looking forward to the Gen3, as long as it’s done properly.”

Whincup, the seven-time Supercars champion who will take over as Triple Eight team boss next year, was confident the Gen3 cars would be on the grid for the start of next year.

“All planning and processes are in place to make Gen3 happen next year,” Whincup said.

“From Triple Eight’s perspective we are absolutely all guns blazing and doing absolutely everything we can to help Supercars make that achievable because it is important for the category for Gen3 to be racing in 2022.

“It’s further advanced, I think, than most people think it is. Because everyone is so busy making it happen, probably haven’t spent a heap of time on the communication of where it’s all at because we’ve dedicated that time into making it happen.

“I’m sure plenty of people would want to cruise along and do it over two or three years, but with that mentality, you end up falling behind the rest of the sports.”

Whincup expected the first Gen3 prototype would be ready to start testing mid-way through the year, but said the sport could still be fine-tuning the product as it raced next year. 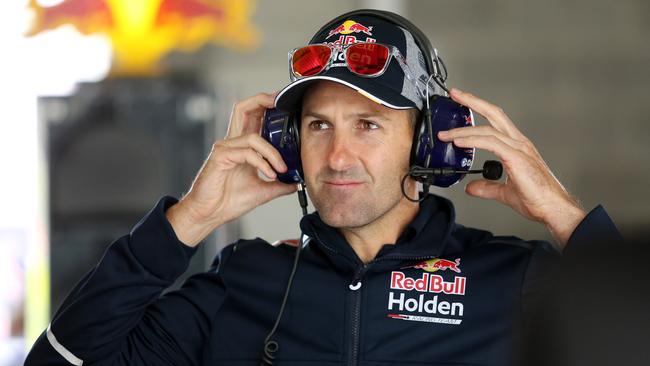 Jamie Whincup is confident the new Gen3 cars will be on the grid for 2022.Source:News Corp Australia

“In an ideal world you would have 20,000km done on every engine and it would be all perfect squeaky clean before the first round,” Whincup said.

“Maybe we just won’t get anywhere near 20,000km tested on each engine, maybe there will be a bit of testing to be done in the first three rounds next year.

“But that’s not a bad thing from a spectator’s point of view, watching us all learn and develop the new car and do a bit of testing during races, that’s all part of the fun.”

Whincup said the sport could not afford to continue racing the outdated Commodore.

“The current product it’s (from) 2013, so it’s time for a new product to improve the racing, to be relevant, to add excitement to our whole fanbase,” the four-time Bathurst champion said.

“I believe it’s massively important to get that happening sooner rather than later.”