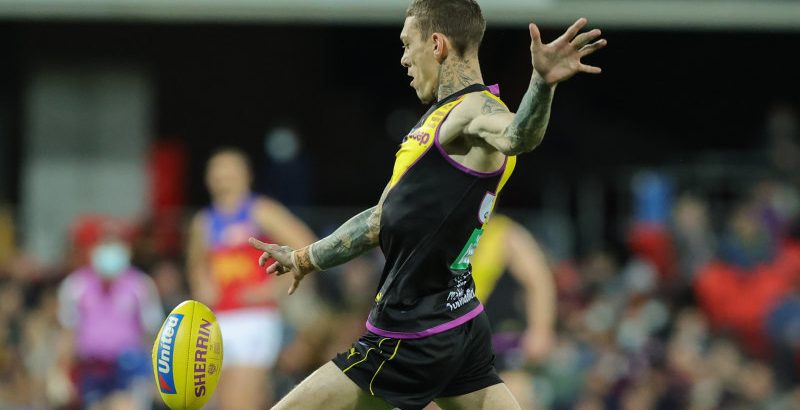 St Kilda’s Bradley Hill and Richmond player and former Saint Matthew Parker were among the players abused, while the Brisbane Lions also released a statement in response to abuse directed at their players. 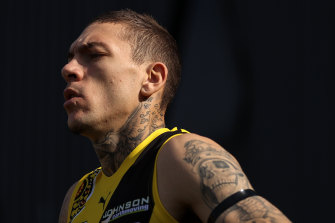 Parker, 25, joined the Tigers through the mid-season draft after two seasons at St Kilda earlier in his career.

He played his first game in the famous yellow and black against the Brisbane Lions in round 18 but after the game he was targeted on social media, which led to him directly calling it out.

“Honestly why and when will it stop?” he posted on an Instagram story.

In a separate post, he said: “I’ll always be a proud Indigenous man. Racism needs to stop”.

Parker also shared screenshots of what appeared to be an apology from the social media user involved.

The incident came in the wake of Hill also experiencing social media abuse after his partner was sent messages following the Saints’ loss to the Power.

St Kilda then issued a strongly worded statement with the headline “this has to stop”, followed simply by “If you engage in online abuse, you are not with us”.

The statement continued: “A loss is a loss. It does not give people the right to racially abuse or personally vilify a player, their family, or anyone in the community.

“Too many times this year, our players and their loved ones have been victim to this type of abuse – enough is enough. If you engage in online abuse, you are not with us. Together we rise above and help stamp out racism”.

The Lions said the engaged with their Indigenous playing group to discuss how to proceed in the wake of abuse.

They said the players were angry and upset but united in their belief that this moment should be used to urge people to educate themselves.

Paul Marsh, the CEO of the AFL Players Association, took to Twitter to condemn the abuse.

“Racism is a despicable act that has no place in our game or society,” he said.

“We have again seen multiple incidents over the weekend directed at players. It’s time for it to stop. Time for everyone to reject this hatred and remember there are human beings hurt every time this happens.”

The abuse came in the wake of England players Marcus Rashford, Bukayo Saka, and Jadon Sancho being targeted after they missed penalties in the Euro 2020 final.

In match review news, North Melbourne pair Kayne Turner and Jy Simpkin were charged from separate incidents in the match against Essendon at Metricon Stadium on Sunday.

Collingwood’s Taylor Adams and Carlton’s Zac Fisher, meanwhile, were charged with wrestling each other and both were handed $1000 fines with early pleas.