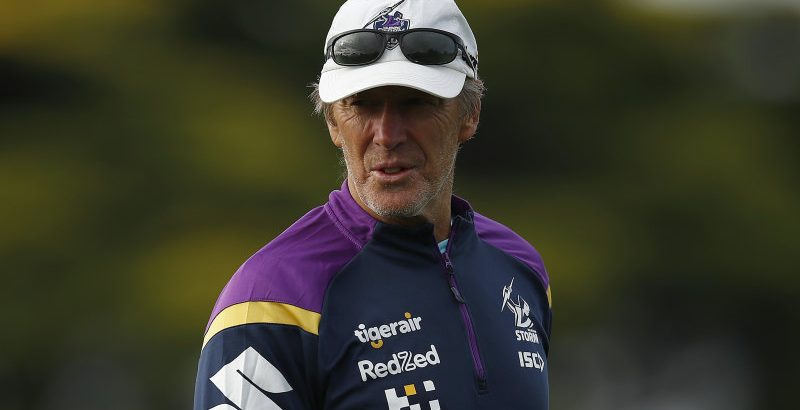 Melbourne Storm will send bodies at the Sydney Roosters’ rookie halfback Sam Walker in their Friday night blockbuster in an attempt to wear down the young playmaker.

Storm coach Craig Bellamy admits he is impressed with Walker’s opening two games in the NRL as he takes over from injured premiership-winner Luke Keary. 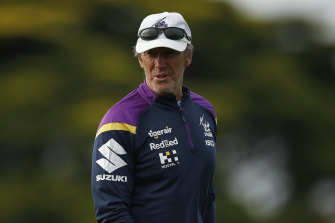 Storm coach Craig Bellamy has been impressed by Roosters young gun Sam Walker in the opening stages of his career.Credit:Getty Images

Some observers are worried about the 18-year old’s durability, given he only weighs 78 kilograms, but Bellamy knows from his years working with Billy Slater and Ryan Papenhuyzen that size or weight isn’t the most important measurement for an NRL player.

But Bellamy does plan to send his big forwards at Walker to test out his tackling ability, while the Storm’s defence won’t be solely focused on the rookie considering the attacking prowess across the Roosters side led by star fullback James Tedesco.

“I hope we can stick someone on him and try to get him to make a few tackles, but he has handled everything thrown at him in two games, it has been a pretty impressive debut from a young kid in a key position,” Bellamy said.

“We know how many good attacking players they have got, we talk about young Walker but you go through their back five and their middle, it’s a pretty formidable side which we know from playing against them in a lot of big games.” 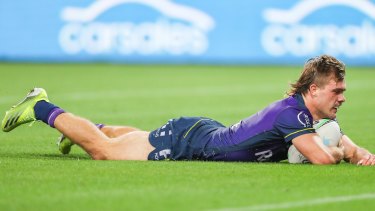 Ryan Papenhuyzen has revealed Craig Bellamy rang him to apologise after a post-game press conference in which he declared James Tedesco the best fullback in the game. Credit:NRL Photos

The Storm won’t rush Queensland State of Origin centre Brenko Lee back into the side as he needs more training time after playing in the Queensland Cup last weekend, while co-captain Dale Finucane is closing in on a return with Bellamy tipping he could be in line for a return for the Anzac Day clash with the New Zealand Warriors if his training form holds up.

“It’s been six weeks since the competition started so we want to be a bit more careful with Dale, hopefully, his recovery continues next week and he might be ready to play,” Bellamy said.

Bellamy also stopped any talk of Papenhuyzen supplanting Tedesco as NSW fullback should he out-play the Roosters’ No.1 on Friday night, despite the Storm star sitting among the NRL leaders in tries and points this season.

“James has done enough for the NSW team to hang on to that jumper, Paps’ best chance is to be on the bench and he would do a really good job there,” Bellamy said.

“Tedesco has been a wonderful player for a long period of time and he still is without a doubt, he looks like he is as involved in the game as he ever has been this year and I don’t think anyone is going to drop him out of that NSW side. No.”

Melbourne Storm will the play Sydney Roosters at AAMI Park on Friday at 7.55pm.