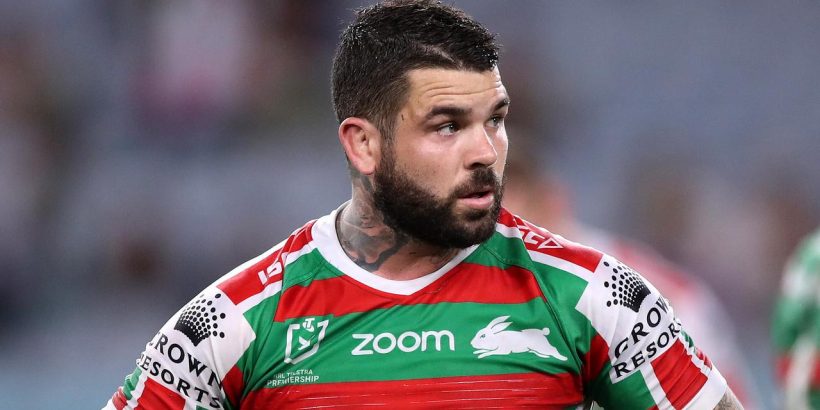 While the news won’t surprise some, it appears to at least be a definitive answer for any Rabbitohs fans still holding on to hope the 2014 premiership champion would stay at Redfern.

“Adam Reynolds is a done deal, he will be leaving the club,” Bennett told The Daily Telegraph on Monday.

“Everybody knows that, and we are all handling that with respect and we have all moved on from there.”

South Sydney wanted the premiership halfback to stay, but the club was only prepared to offer him a one-year contract.

Reynolds, 30, wanted a longer commitment and he is being offered that by rival clubs.

The Broncos lead the race to sign the No. 7 and reports claim Reynolds has been offered a four-year deal at Red Hill worth $2.8 million.

Adam Reynolds of the Rabbitohs.Source:Getty Images

The Telegraph also reported over the weekend that the Sharks are only prepared to pay Reynolds about $700,000 for season 2022, and even less after that.

Reynolds is said to want to live in Sydney with his young family, but can earn more money if he moves interstate.

While Bennett was putting a verbal line through Reynolds’ future on Monday, South Sydney teammates were still trying to convince the halfback to stay put.

“I have had a chat with him where I’ve asked him to stay, he’s a big reason why I came to the club in the first place, because he was the halfback,” Damien Cook told media on Monday.

“The likes of Sam (Burgess), Greg (Inglis) and Sutto (John Sutton) were all here too but Reyno was the big one that stood out for me. I’d love for him to stay.

“Is it a cruel part of our game where you can’t keep everyone? It is. But we’ll see what happens.”