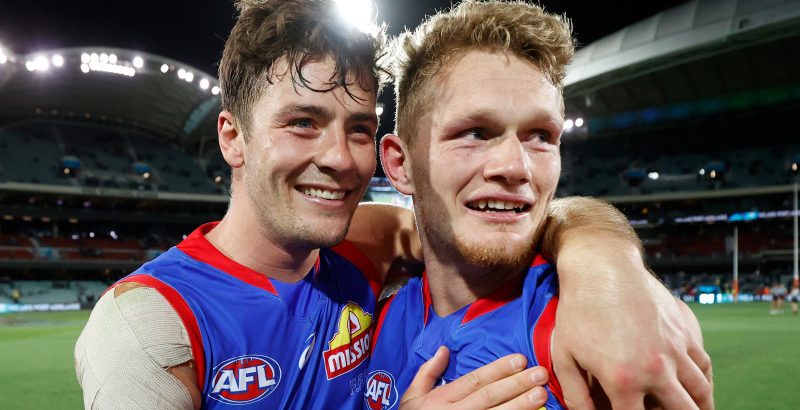 Grand final-bound Western Bulldogs coach Luke Beveridge detoured briefly from basking in the glorious aftermath of his side’s 71-point preliminary final demolition of Port Adelaide to unleash a hefty broadside at what he considers “nasty” and “vindictive” media criticism levelled at star midfielder Adam Treloar during the week.

Treloar (23 possessions, nine tackles, and a goal) was back to his damaging, creative best in the Dogs’ landslide victory, seven days after enduring one of the worst games of his career in the semi-final against Brisbane. 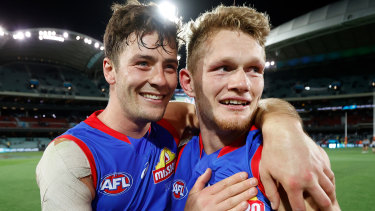 Treloar was held to just two kicks and eight handballs in the Bulldogs’ epic one-point victory over the Lions, drawing media condemnation, notably from ex-players Tim Watson, David King, and Kane Cornes, which Beveridge felt was way over the top.

“You guys (the media) do a really good job. You provide positive pieces when they’re warranted and we all cop the constructive criticism when it happens,” he said.

“But some of that stuff was just nasty.

“It was just really poor, vindictive stuff and really distasteful.

“Adam had an average game last week – he didn’t like it.

“What a great night for him (against Port) to be able to withstand that.

“I’m really proud of him and just bloody disappointed in people who were just really nasty.” 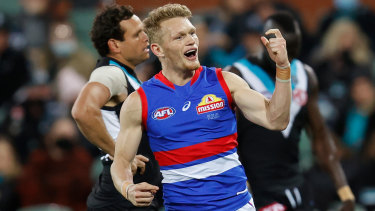 Adam Treloar had a real impact against the Power.Credit:AFL Photos

Beveridge’s overarching emotion, though, was one of immense delight in a masterful performance which moved him.

“A lot went right,” he said. “Our contest, inside and definitely forward of it, was unbelievable.

“Our players were just superb.

“The collision footy that our players were prepared to play was outrageously good.

“It was an incredible night for our footy club.

“What a night to find that sense of freedom and vigour in our play.

“I’m just so moved by what the players did and very grateful, once again.”

The only sour spot in the Dogs’ night of domination was a hamstring injury to defender Laitham Vandermeer, leaving him a doubtful starter for the grand final against Melbourne in two weeks’ time.

Beveridge regards goalsneak Cody Weightman as a certainty to confront the Demons, and said backman Alex Keath is likely to play and recalled ruckman Stefan Martin will definitely lock horns with Melbourne captain Max Gawn in the centre-square if he overcomes a rolled ankle.

“Stefan held his ground, (and) helped others play well around him,” Beveridge said.

“He gives us peace of mind. He was really important.

“He rolled an ankle, which he needed strapped up. If he’s alright in two weeks, absolutely he’ll be playing in the grand final, no doubt.

“Laith is a bit tight in the hamstring. He’s got scary history with his soft tissue.

“He’d be a doubtful one at the moment.

“That’s a concern. He’s another one who’s been important for us but at the moment he’d be doubtful.”

Beveridge remembers the swell of neutral support his team was showered with during its fairytale, drought-busting 2016 flag triumph, but realises the public sentiment in a fortnight’s time will likely be in the corner of Melbourne, bidding to snap a 57-year premiership famine.

Beveridge played the first 42 games of his 118-match AFL career as a Demon but the soft spot he holds for his original club is on hold for now.

“As much as I’d love for them to salute at some point, I definitely don’t want it in two weeks’ time,” he said.

“I imagine the emotions and public support will be behind the Demons to break the drought.

“I get that, but obviously we’ll be doing our best to spoil the party.”