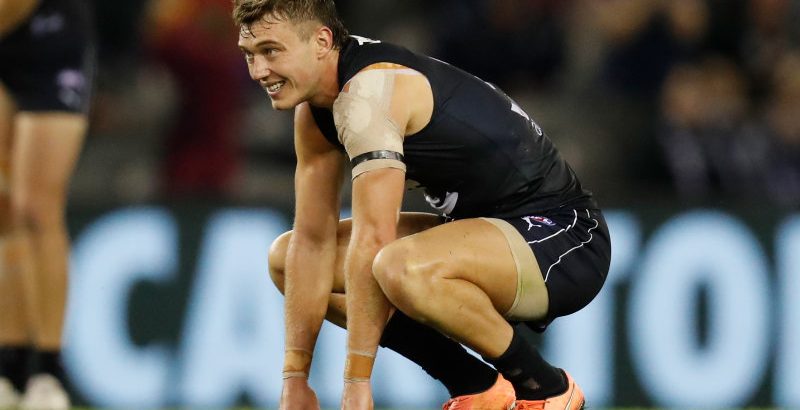 Carlton captain Patrick Cripps has been playing this season with a fracture in his back that has needed weekly injections to help him play, but has not left him at risk of worsening the injury.

Cripps suffered a heavy knock in a pre-season game that left him with a small fracture in his back. The injury, confirmed by sources, impaired his movement and he has struggled below his knees and to bend, reducing some of his power game particularly in the early rounds of the season. 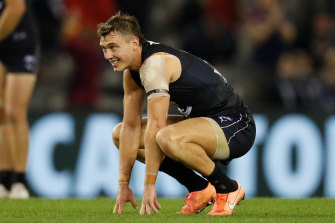 Patrick Cripps has been battling a back injury.Credit:Getty Images

It had been reported early in the season that Cripps was playing hurt with a mystery injury that needed weekly injections but the nature of the injury was unknown.

His back injury is believed to be similar to that of fellow Brownlow medallist Lachie Neale, who suffered a knock in the game against Collingwood in round three. Scans later identified a problem with his back. Neale said at the time the scan was “not a great result” but the club insisted it was not a fracture.

The injury impaired Neale but would not worsen if he played and with treatment he was able to continue. He went on to suffer an ankle injury on Anzac Day weekend against Carlton for which he required surgery.

Similarly, Cripps has played through with the injury and has been eager to play down its impact on his season or have it be seen as an excuse for a drop-off in form.

The change in rules to a more open, faster game has also contributed to a more dulled influence this year for the Carlton skipper, who is out of contract at the end of the year and in negotiations over a new deal.

Cripps’ first weeks of the season in particular were quiet but better explained now the nature of his injury is understood.

Sources said the fracture had continued to improve and had healed in recent weeks, with Cripps confident he was close to returning to his best form.

He has had statistically his leanest season since his first couple of years in the system, according to Champion Data, which observes he is trailing off in impact in the second half of games in particular.

His clearance numbers in second halves are down to 2.5, which is the least since his debut season. And he is not laying the tackles in the second half of games the way he had previously – just 1.9, which is the fewest in any year of his career.

Earlier this season, Neale would not confirm the specifics of his injury, but nor did he suggest that it wasn’t significant.

“To be honest, I’m battling a fair bit. But once I put my hand up to play, I’m the same as everyone. I’ve got to go out there and perform. I thought the first half I was OK. I was labouring a little bit late and I am pretty sore,” Neale told The Age.

“I’ve got a bit going on but I’m sure there’s other guys in the competition that are a bit sore as well. It’s something that I’ll deal with and hopefully it doesn’t keep me out of any games.”