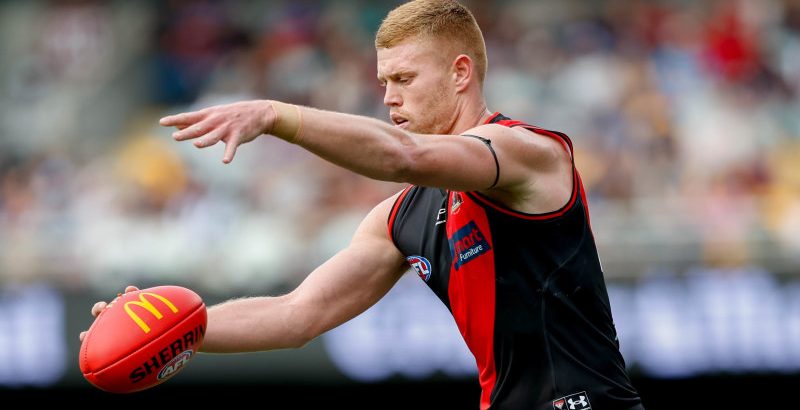 Essendon best-and-fairest winner Peter Wright left the track on Wednesday morning after appearing to hurt his calf when flying for a mark early in match simulation.

The 26-year-old applied ice to the calf, but the club said it was more as a precaution with the players set to head off on a five-day break.

The key forward was a bright light for the Bombers in 2022 as he enjoyed a breakout season, kicking 53 goals in an otherwise disappointing season for the club. 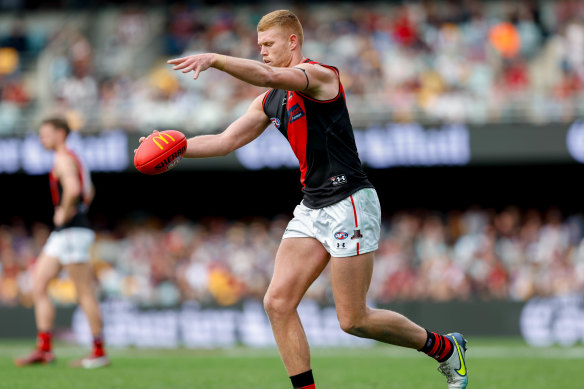 Peter Wright won the Bombers best and fairest in 2022Credit:Getty

Wright has been a resilient pick-up for Essendon, playing 43 of a possible 45 games for the club since he was traded from Gold Coast at the end of 2020.

The Bombers recruited former Demon Sam Weideman in the off-season as they looked to add key forward depth. He remains on a modified program, but should return to full training in early February.

Essendon have resolved to improve their fitness in their first pre-season under new coach Brad Scott. Their first draft pick from the 2022 national draft, Elijah Tsatas, went in for surgery last week to repair an acute meniscus tear in his knee.